Coping with the COVID-19 labor market crisis: Views from Sweden 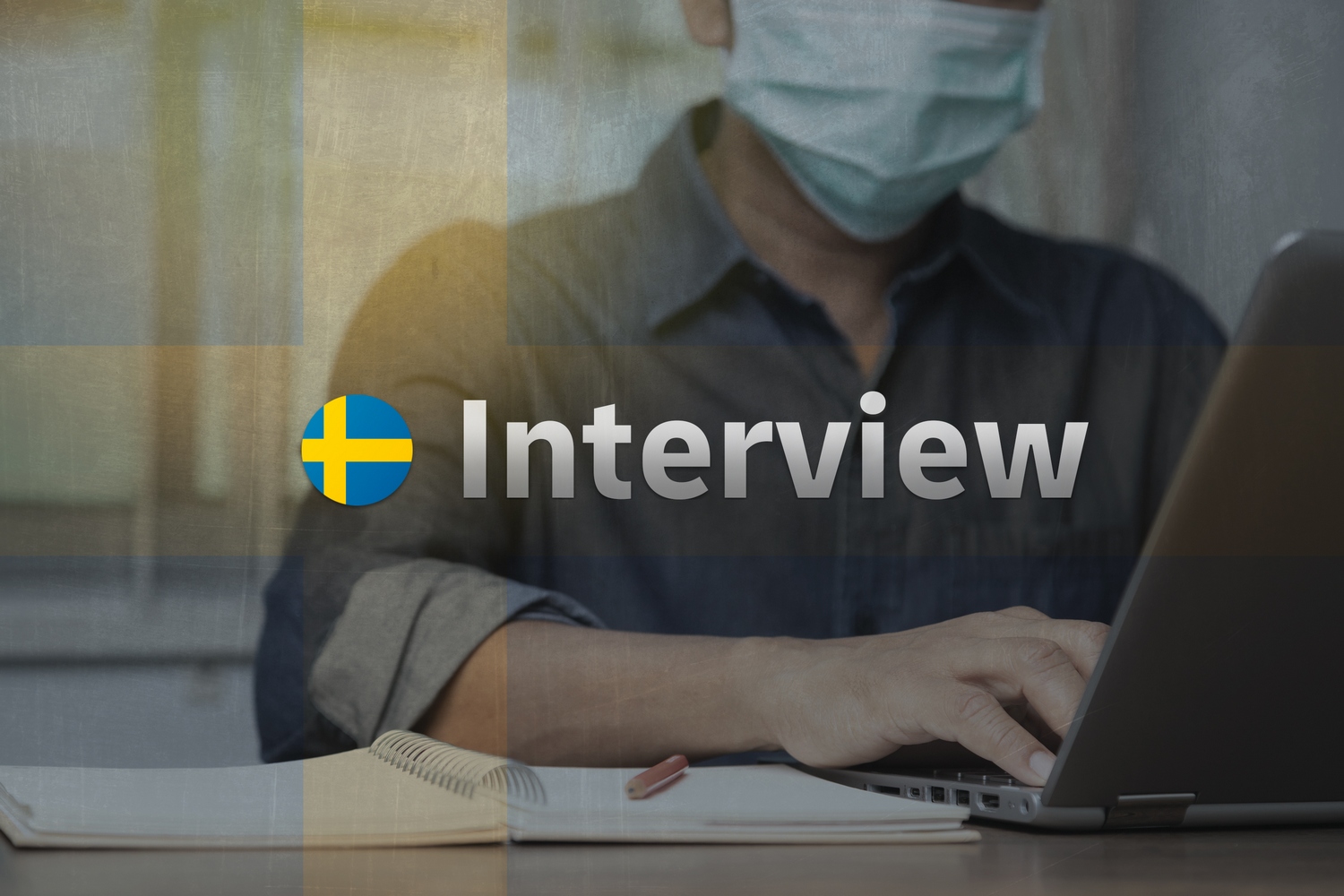 In a series of IZA Newsroom interviews, renowned international labor market experts comment on how their country has been coping with the COVID-19 labor market crisis and how they expect the situation to evolve. These experts have also contributed to the ongoing IZA Crisis Response Monitoring, which provides a detailed assessment of different policy measures. Sweden’s less restrictive approach has been controversial, drawing both praise and criticism from international observers. We asked Lena Hensvik and Oskar Nordström Skans, who are both economics professors at Uppsala University, to share their insider views on the labor market impact of the pandemic in Sweden.

How have you been personally affected by COVID-19?

Lena: After the outbreak of the pandemic, all teaching in Swedish universities moved online. All university employees were instructed to work from home to the extent possible, and stay at home if experiencing any flu-like symptoms. In addition, kids should also be kept at home if showing any kinds of symptoms.

So I’ve been working home from March onwards. Being quite used to online meetings and remote work, I don’t think that the pandemic has changed the very nature of my job. However, working from home while my husband was at home on parental leave with our one-year-old son at the same time has been challenging. I also believe that being physically disconnected from the department for such a long time is costly – it’s just very hard to substitute physical contacts with PhD students and fellow scholars with online interactions.

It’s very hard to substitute physical contacts with PhD students and fellow scholars with online interactions.In terms of my own research, my co-authors and I had just started a randomized control trial on automatic job recommendations at Sweden’s largest job board (Platsbanken) when the pandemic hit, which encouraged us to start documenting the impact of COVID-19 on online job search behavior and vacancy listings. Working on the impact of the crisis has helped me to keep focus in these uncertain and scary times.

Oskar:  Like Lena, I have been confined to working from home throughout the period and been teaching on zoom. It has all worked out reasonably well, but from now on I will work from the office a few times a week – and it is just excellent. Workwise, the crisis has called for a lot of policy work and media attention, making it hard to progress with research. My children have been attending school throughout, which we all appreciated. Obviously, all holiday plans had to be cancelled.

Not being able to meet with older family members has been the hardest part of it all.

Personally, not being able to meet with older family members has been the hardest part of it all. When domestic travel was allowed at the onset of summer, we were able to travel to my parents who live in the north of Sweden and arrange to meet them outside, which was great. Since my wife’s family live in Finland, we have not yet been able to visit them, however.

How do you assess the current labor market situation in Sweden and the role that government policies have played so far?

Lena: The situation was very dramatic initially, in Sweden as elsewhere. One needs to understand that the Swedish restrictions, although formally presented as “recommendations that all must follow” rather than a legally enforced lockdown, had a massive impact on people’s behavior early on during the crisis. For example, restaurants remained open (with restrictions), but their sales dropped by 70 percent from one week to the next. This does not happen without a serious impact on the economy. But the situation is gradually improving.

Oskar: The short-time work scheme that was set up in response to the crisis seems to have helped a lot. Together with some other targeted policies and guarantees for loans (that often were not used), these policies seemed to have put firms in a position where they were able to wait and see how the crisis unfolded, rather than shredding their workers or going into bankruptcy.

In terms of the health impact, we have clearly fared worse than our closest neighbors.

In comparison with the rest of Europe, the Swedish economy seems to have fared slightly better, but on the other hand, the economic impact is not very different from that in our neighboring countries, where health restrictions were somewhat stricter. In terms of the health impact, we have clearly fared worse than our closest neighbors, although probably not as bad as the UK and some southern European countries that used even stricter measures than our neighbors. Overall, comparing these things – in particular the health part on which we are not experts – at such an early stage remains difficult, but it is clearly important to evaluate all of this when going forward.

What would you consider the most probable labor market scenario in the next six to twelve months?

Lena: We expect the market to gradually improve for the most part. Hopefully, many of the jobs that suffered from the impact of early recommendations can gradually resume business as usual. The resumption of activity is perhaps a more gradual process than in other countries, since restrictions are less formal.

The only hope for a swift labor market rebound is the resumption of previous businesses.

Oskar: We expect some sectors, such as event organizers, cultural workers, or travel agencies, to continue to suffer for an extended period of time, but there is some hope that other affected service sectors can fare better. This is important as the only hope for a swift labor market rebound is the resumption of previous businesses – creation of new jobs and restructuring is always more time-consuming.

What policies would be best suited to support the recovery of employment in Sweden?

Oskar: In our view, it is important to use more active support, in particular to firms. Just as when granting benefits to individuals, there is a tension between accurate targeting and incentives when subsidizing firms. Benefits, such as short-time work schemes, that grant money to firms if and only if they reduce production obviously risk prolonging the recession by subsidizing inactivity.

We would like to see targeted support to firms that leave the short-time work scheme prematurely.

Instead, we would like to see targeted support (e.g. lower payroll taxes) to those firms that leave the short-time work scheme prematurely. Similarly, we would like to see a resumption of the coinsurance and monitoring parts of the sickness insurance system for all except those with certified Covid-19 infection. This will help reduce absence, and increase the speed of recovery.

Lena: The same principles should apply to active labor market policies. Everything that encourages early resumption of productive economic activity should be prioritized.

Which aspects of the crisis response in Sweden do you find most remarkable?

Oskar: As in other countries, there were some remarkable and extremely costly public support systems for firms set up in just a few weeks. And there are some interesting examples where firms managed to retrain their staff (e.g. flight attendants) into health care staff in just one or two weeks. These are important lessons for the future.

Lena: It is also interesting to see the adjustments made on the worker side. As an example, there has been a 30 percent increase in applications of prospective students to nursing programs at universities, which is very good news as this is a profession where the lack of skilled workers is particularly salient.

Job-seekers’ willingness to search for other jobs than in “normal times” is encouraging.

Similarly, together with some co-authors I published a recent IZA Discussion Paper which shows that job-seekers seem willing to make job search adjustments by directing their search efforts towards vacancies from the more resilient occupations. This willingness to search for other jobs than in “normal times” is encouraging because it means that workers will respond to policies aiming to bring workers and available jobs closer together.

Lena is a professor in Economics at Uppsala University. Her research focuses on labor economics, with a current interest in job search, worker-firm matching and wage determination.

Oskar is a professor in Economics at Uppsala University. His area of research is empirical labor economics, and his work primarily concerns labor market networks, wage setting, worker-firm matching, and program evaluation.

Lena is a professor in Economics at Uppsala University. Her research focuses on labor economics, with a current interest in job search, worker-firm matching and wage determination.

Oskar is a professor in Economics at Uppsala University. His area of research is empirical labor economics, and his work primarily concerns labor market networks, wage setting, worker-firm matching, and program evaluation.