Outsourcing of cognitive tasks to blame for polarized labor market, not technology

In recent decades labor markets in many developed countries have become increasingly polarized: middle-wage occupations have been declining, while employment in both high- and low-wage occupations has increased. Many studies point to increasing automation and offshoring of routine middling jobs as the main drivers of this phenomenon; however, little research has focused on these changes at the firm level. Because not all firms have the same characteristics (wage levels, management strategies, etc.), different organizational structures and behavior in firms could be pushing some of this labor market polarization. 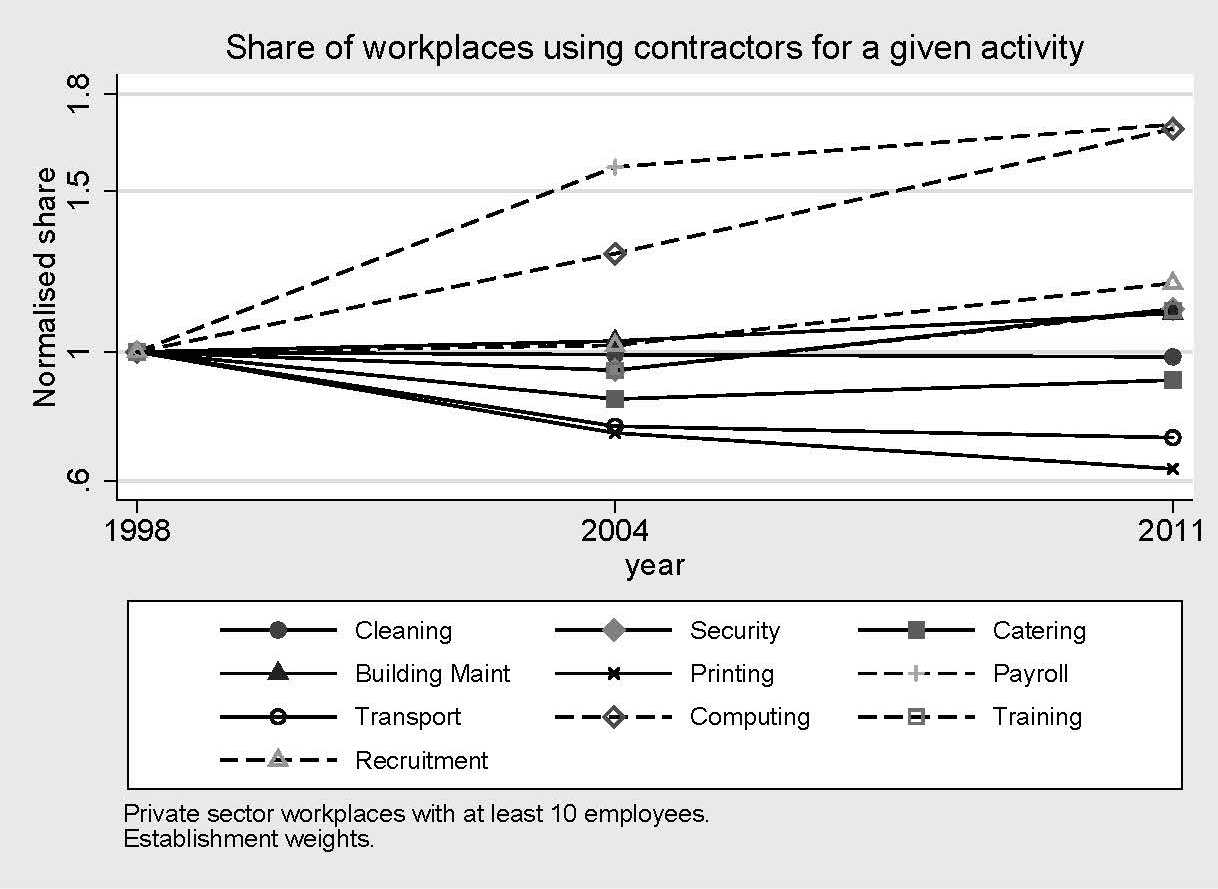 The new IZA discussion paper by Guido Matias Cortes and Andrea Salvatori is the first to look at job polarization in Great Britain using workplace level data rather than individual or industry level data. The authors have new evidence that shows that changes in occupational shares (i.e. the growth in low-paid and high-paid employment at the expenses of middling jobs) are closely linked to changes in specialization at the workplace level. The extent of these changes are remarkable – the proportion of workplaces specialized in a high-skill occupation has increased from 30% to 50% in just over a decade (1998-2011).

Boundaries of the firm redefined

Cortes and Salvatori find little indication that technology is driving these changes through the channels typically emphasized both in academic papers and the popular press, namely the substitution of workers with machines. Instead, the researchers find evidence that this increased specialization at the workplace level is linked to the growth in the outsourcing by firms of cognitive activities, such as payroll and computing services.

The authors explain the importance of their findings: