Promoting young researchers from both sides of the Atlantic 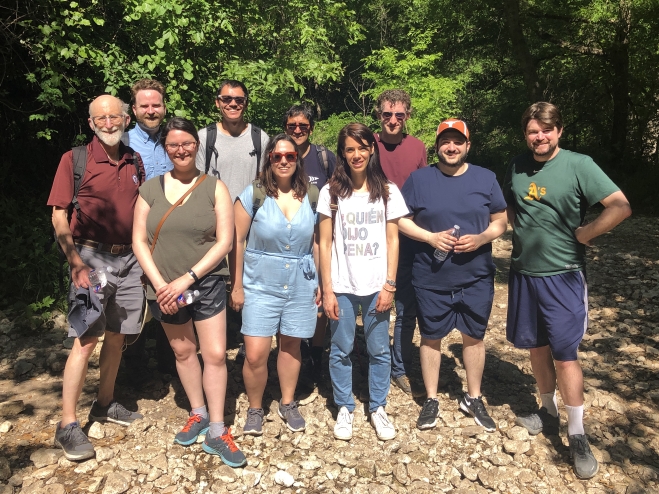 Reflecting IZA’s mission to provide mentoring and guidance to young labor economists, this symposium gave four scholars located at European/Middle Eastern universities and five located in North America the opportunity to present and discuss their current work. Organizers Andrea Ichino and Daniel S. Hamermesh had to choose from among over 100 submissions. Two of the papers are summarized below.

In his co-authored paper “Female Science Advisors and the STEM Gender Gap”, Pierre Mouganie (American University of Beirut) analyzed the results of an experiment at one university in which first-year students were randomly assigned to advisors. Female students who had female advisors were more likely than other women to choose to major in STEM fields; they were more likely to graduate; and their performance in science courses was better.  The results suggest that role models play an important part in reducing female-male disparities in entrance to and performance in science fields.

Abel Brodeur (University of Ottawa), in “Methods Matter: P-Hacking and Causal Inference in Economics”, examined all empirical studies published in 25 leading journals in 2015. The purpose was to see how methods designed to vitiate endogeneity differ in their implicit publication bias—in the extent to which tests of statistical significance depart from what would be expected in the absence of selective publication. The study demonstrates that double-difference and instrumental variables methods are much more subject to publication bias and to “p-hacking” than those using regression discontinuity designs or randomized controlled trials. The results raise concern about both methodology and the validity of large numbers of recent research results in labor economics.

Download all the presented papers from the symposium’s online program.