Getting it right: Policies to fight youth unemployment in the EU 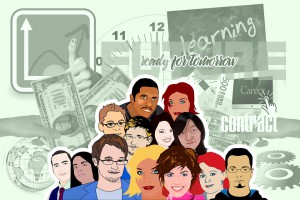 Despite the fact that the global financial crisis has largely come to end, youth unemployment remains high, with rates of jobless young people higher than those of adults across the entire EU. This problem has not gone unnoticed, however. Many Member States, especially those facing the highest rates of unemployment (sometimes exceeding 40%), have enacted labor reforms to provide a potential boost to employment. Nevertheless, because economic growth has remained sluggish, the reforms have had little effect, and these same countries—located mostly in Southern and Eastern Europe—still struggle to find solutions to solve the problem.

While Central and Northern European as well as Anglo Saxon countries also face similar challenges, these countries have weathered the storm much more strongly, and in some cases, such as in Germany, see almost nonexistent differences in unemployment between youth and adults.

In a newly released IZA Policy Paper, Francesco Pastore (Università della Campania Luigi Vanvitelli and IZA) seeks to evaluate what has led to this lack of convergence within the EU and proposes potential policy solutions to overcome it. The author primarily points to contradictory demands placed on Member States coming from the Maastricht Treaty and Lisbon Treaty as one of the key issues. And, while the recently implemented labor reforms were indeed necessary, he suggests that a shift to educational reforms is needed to fully address the problem of youth employment.

On a basic level, one of the key drivers of unemployment is the lack of economic growth. This is specifically being seen in the Southern and Eastern European countries, which, for example, have had difficulties reaching the Europe 2020 goals. At the root of this, Pastore suggests, is the fact that the Maastricht Treaty and Lisbon Treaty, both seen as cornerstones of the EU, propose largely antagonistic recipes for growth.

While the Maastricht Treaty follows the so-called Washington consensus, a monetarist policy suggesting that financial stability is the key to growth, the Lisbon Treaty recognizes the need for infrastructure and human capital investments. As an example of the limitations of monetary policy, the author highlights the modest outcomes of the policies of quantitative easing seen in the US and the EU (too aggressive in the former, too little in the latter).

The author therefore proposes re-discussing and rewriting the Maastricht Treaty with a bottom-up approach which allows for greater financial flexibility but recognizes the insufficiency of complete financial decentralization. At the same time, public spending should constantly be evaluated and be promoted for activities that foster growth. Finally, a reinvigoration of policy that acknowledges regional differences in terms of the need for more or less EU spending would help draw in the widening gap between core and peripheral countries.

While these macroeconomic adjustments are important to stimulate growth, Pastore stresses that microeconomic reforms need to be made in preparation for when growth expands again. He explains that after having focused on labor reforms for the past two decades, policy makers should now turn their attention to educational reforms. In particular, the author emphasizes the necessity of creating better links between the skills learned during education and the skills needed in the world of work.

He explains that, for the most part, the mission of education has been focused only on fostering a general education. Instead, Pastore proposes reforming the system into a more flexible dual system that provides both general education and practical work-related training. Several existing systems that better link the education system and the labor market, such as Germany’s dual system with strong apprenticeships, Japan’s Jisseki Kankei that links graduates to employers, and the job-placement services found in the Anglo Saxon countries, could all be used as potential models and adapted to fit the needs of different EU countries.

Pastore concludes that a reworking of the Maastricht Treaty, which focuses on the principles of the Lisbon Treaty—improving the level of human capital and increasing spending on research and development­­—along with increased financial and fiscal flexibility, will ultimately enhance economic growth. To do so will require more energetic decision-making at the EU level in terms of both fiscal and educational policy. Thus, solving the high youth unemployment problem in the EU will require promoting policies that better foster growth through public investments in infrastructure and human capital alongside the establishment of better links between education and the labor market.