Recent decades witnessed a massive increase in the occurrence and intensity of global terror perpetuated by religious, nationalist or political groups. Media reports about the death toll of terrorism are omnipresent, even for individuals who never personally have been at risk to be hit by a terrorist attack. 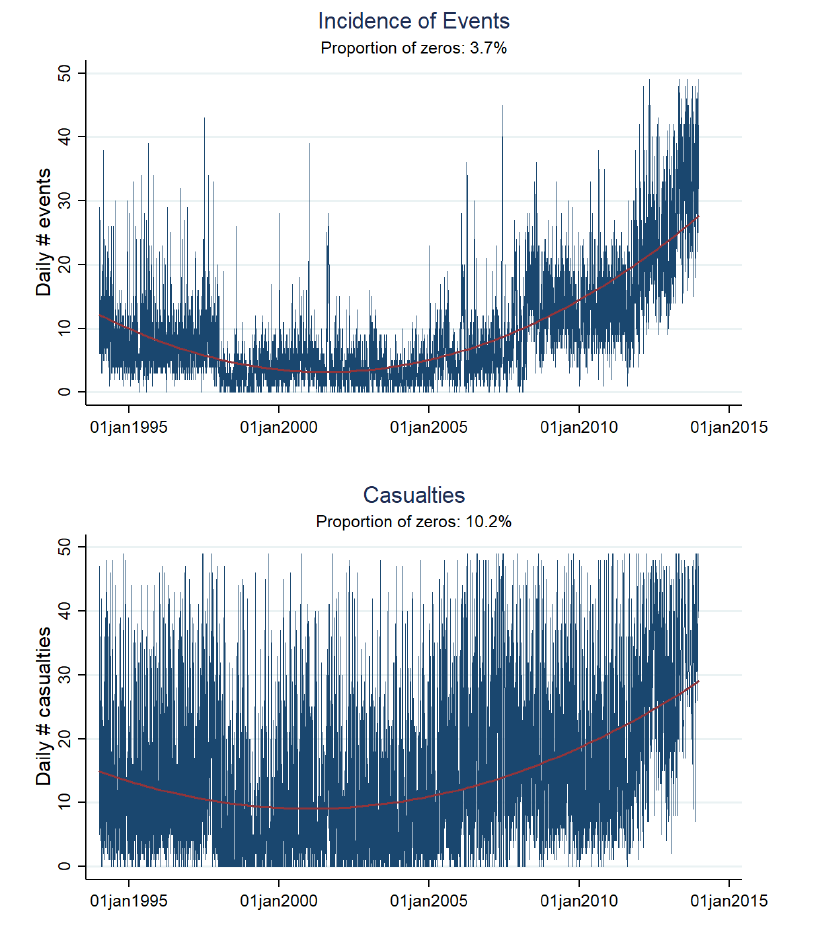 Their estimations are based on a unique combination of data sources: over-time observations of individual life satisfaction from Australia, Germany, Russia, Switzerland, the UK and the US matched to daily information on the 70,000 terror events that took place worldwide during 1994-2013.

Not every terror attack affects life satisfaction in the same way – rather, both geographical and cultural proximity to the victims of terror, as well as more extensive media coverage facilitate the effect.

In addition, global terror has increased the intention to vote for conservative parties, playing its role in explaining the recent success of right-wing populists all over Europe.