How to increase the attractiveness of STEM for female students

Women have been traditionally under-represented in college major fields of Science, Technology, Engineering and Math (STEM). Analyzing the reasons is one of the hottest topics in the economics of education. Low graduation rates in STEM fields among women are believed to be a major driving factor behind the persistent gender wage gap.

Peter Arcidiacono (Duke University) is one of the leading scholars in the analysis of tertiary education. He recently gave an IZA seminar presentation on the effect of differences in grading standards and grade inflation on incentives for women to go into STEM. In an IZA Newsroom interview, he explained his key findings.

What are the main reasons behind gender differences in college major choice? 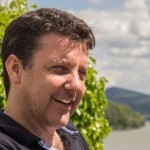 Arcidiacono: The two biggest factors are likely preferences and comparative advantage. Preferences has two components. First is the interest in the material itself, second is preferences over careers. Jobs in STEM fields may be difficult to re-enter following a break in labor force participation, making it unattractive for those who want to take some time off to have a family. With regard to comparative advantage, women perform as well as men in just about all academic areas, but particularly outperform men on reading. The stronger skills in areas related to non-STEM fields make these fields comparatively more attractive for women.

How can public policy set incentives for universities to attract women into STEM fields?

Arcidiacono: This is difficult because other players at the university (i.e. faculty in non-STEM fields) want people to take their courses as well. Hence there are incentives for these other players to do things to attract both men and women to their fields. Some policies that could be effective are scholarships that are field-dependent.

What can universities and professors do to increase the attractiveness of STEM for female students?

Arcidiacono: Grading practices and workloads vary substantially across fields. STEM fields give lower grades and assign more work, an equilibrium response to the higher demand for these fields. More work is actually not an issue for women because they tend to study more than their male counterparts. Policies that shift grading practices in STEM fields away from low grades and towards high workloads may make these fields relatively more attractive for women.