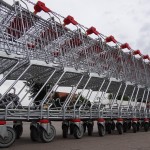 Many firms run employee-of-the-month or job promotion contests. Stock brokers get additional money if they beat the index. Bonus payment schemes, where bonuses are awarded for outperforming competitors, are widely used nowadays. Yet, a potential problem of these schemes is that workers have intermediate information on their performance relative to their competitors and/or to their target. This information could neutralize the intended incentive effect. For instance, consider a salesman who can earn a bonus by attaining a monthly sales target while receiving daily or weekly sales figures. When sales – halfway through the month – are such that it remains challenging but possible to reach the target, the bonus scheme provides strong incentives. The incentive effect is much weaker, however, when intermediate sales are particularly high or low: either the salesman can hardly miss the bonus or the target is practically out of reach.

In a new IZA discussion paper, Josse Delfgaauw, Robert Dur, Arjan Non and Willem Verbeke empirically test the incentive effects of such relative performance pay schemes. The authors conducted a field experiment among 189 stores of a retail chain in the Netherlands. Employees in the randomly selected treatment stores could win a bonus by outperforming three comparable stores from the control group over the course of four weeks. Treatment stores received weekly feedback on relative performance. Control stores were kept unaware of their involvement, so that their performance was not affected by the experiment. As predicted by theory, the authors find that treatment stores that lag far behind do not respond to the incentives, while stores close to winning a bonus increased the performance. The authors conclude that on average, the introduction of the relative performance pay scheme does not lead to higher performance.