The migration of talent – global inequality or global benefits?

Much of the public debate on migration centers on the skill level of migrants. While receiving countries are concerned about low-skilled labor immigration and refugee flows, 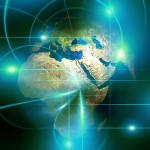 Contrary to public perception, the migrant share of the world population has not changed substantially since the 1960s, with roughly 3 percent currently living in a country different from their country of birth. Global migration patterns, however, have become increasingly asymmetric as high-skilled migration has become a greater force globally. The international distribution of talent thus is highly skewed, and the resources available to countries to develop and utilize their best and brightest vary substantially.

The migration of skilled workers across countries tilts the deck even further, as Sari Pekkala Kerr, William Kerr, Çağlar Özden and Christopher Parsons conclude in an IZA Discussion Paper. High-skilled migration has increased at a larger rate than low-skilled migration. The approximately 28 million high-skilled migrants that were residing in OECD countries in 2010 represent an increase of nearly 130 percent since 1990, while low-skilled migrants increased by only 40 percent during that time. From the average sending country, tertiary-educated people are four times more likely to emigrate than less-skilled people.

Simulating a world without skill-biased migration

So far, most studies on the economic effects of migration have considered single countries in isolation, for example analyzing the impact of immigration on the wages of U.S. or British workers, or the impact of emigration on growth in African countries. The IZA Discussion Paper by Costanza Biavaschi, Michal Burzynski, Benjamin Elsner and Joel Machado takes a global perspective by quantifying the welfare effects of the skill bias in worldwide migration in order to determine how much the world as a whole has gained or suffered from migration flows.

In the current world, a larger number of high-skilled migrants live and work in the OECD, which leads to a higher per-capita income compared to a world in which all migrants have the average skills of their countries of origin. In the main sending countries (i.e. non-OECD countries), the average non-migrant loses from the skill bias in migration. Overall, however, the positive effect per person in the receiving countries exceeds the negative effects in the sending countries such that the global effect is positive.

This analysis shows that, from a global perspective, skill-biased migration is a good thing. More high-skilled migration means that talent is allocated more efficiently across the globe. A higher number of productive people are working in countries where they can be most productive, which increases global welfare.

Some observers may be worried about the negative effects in the sending countries. But the effects displayed here represent a worst-case scenario. They are based on the authors’ most conservative model. But there are additional channels at work, through which sending countries might benefit from skilled out-migration. Migrants contribute to their home countries’ development through money (remittances) or technology transfers. Once the authors account for these channels, most sending countries benefit as well, and the global effect becomes even larger.