Tradable quotas as a new way to deal with refugee inflows 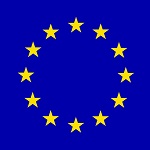 How to handle the inflow of refugees to the European Union is one of the current hot topics in the media. Under the current regime, the share of inflows borne by EU member states is heavily skewed to a small number of receiving countries. As the recent public discussion shows, this unequal distribution gives rise to general resentment of immigration and negative attitudes towards asylum seekers in particular.

To achieve a fairer distribution of asylum seekers and refugees, Jesús Fernández-Huertas Moraga and Hillel Rapoport propose an innovative way to deal with refugees from crisis regions. In their new IZA discussion paper, they propose an EU-wide market for tradable refugee quotas.

Offering asylum to refugees with valid claims is considered an international public good, but for the particular receiving country it constitutes a significant financial burden. The authors show that a market mechanism could efficiently distribute immigrants to the country with the lowest costs (direct costs of accommodation and administration as well as social and political distress). Furthermore, a market mechanism could be designed to take into account preferences of the asylum seekers themselves (in terms of cultural and linguistic proximity).

The resulting solution could lead to a fair distribution of costs, which potentially would increase public acceptance and reduce the probability of social distress created by the increasing asylum-seeker flows.