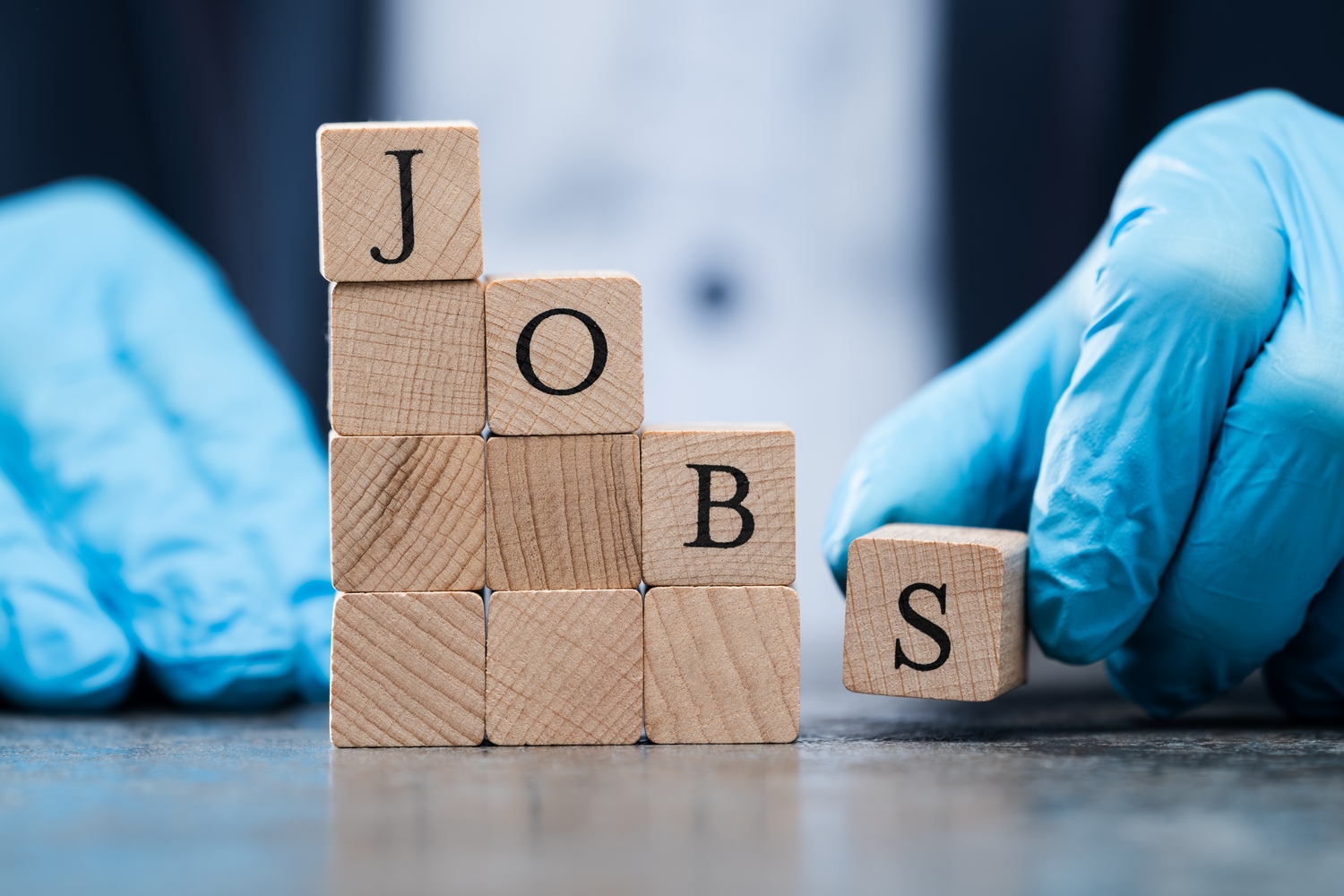 International labor economists are more optimistic about the short-term employment changes for high-skilled and permanent employees than for other groups of workers, according to the “IZA Expert Panel” survey conducted in mid-May. Respondents were asked to rate the expected employment changes in their country over the next four months on a scale from -5 (strong decrease) to +5 (strong increase).

Although declining employment is expected for virtually all groups of workers, the negative impact is more pronounced for low-skilled workers and employees on fixed-term contracts. On average across all countries, this is reflected in a 1.4-point difference in favor of high-skilled workers. A similar pattern holds for the difference between permanent employees and those on a fixed-term contract. In continental Europe these differences are even more pronounced, while they seem to be much smaller for the United States.

Figure 1: Expected employment change until mid-September by groups of workers 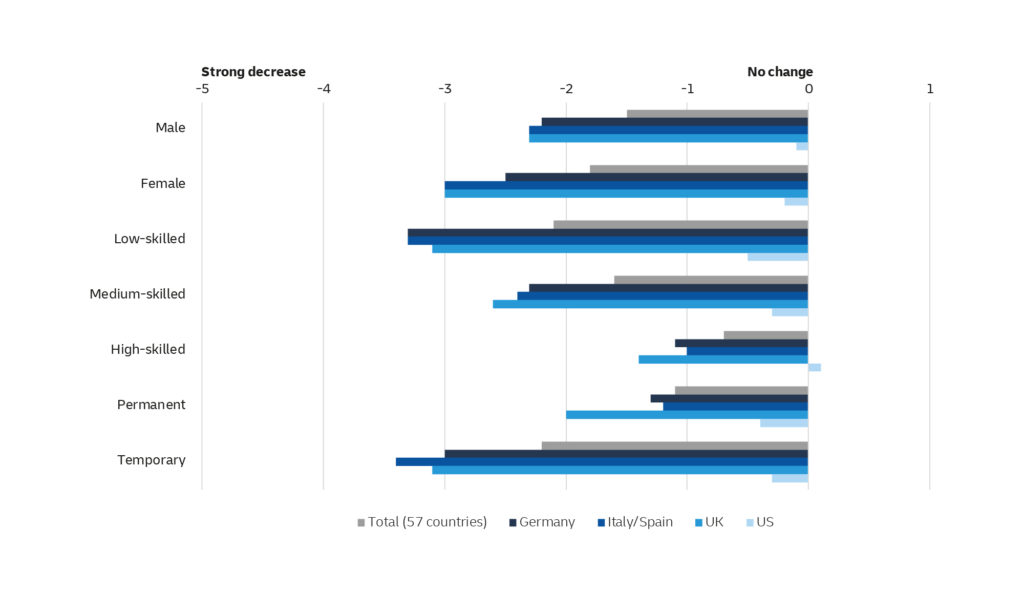 Source: IZA Expert Panel 2020. Notes: The number of observations ranges between 47 (UK, permanent/temporary workers) and 494 (total, high-skilled workers). Respondents were asked, “Compared to today, how do you expect total employment in your country to change over the next 4 months, for the following groups of workers? (If the concept of temporary and permanent contracts does not exist as such in  your country, just skip these items.) Please indicate the strength of the expected change in employment on a scale from -5 (“strong decrease”) to 5 (“strong increase”).“

As in previous economic crises, these findings underscore the protective effect of good educational qualifications. In the current crisis, low-skilled workers are more severely affected by job and income losses, also because their job tasks are less easily transferrable to working from home. Moreover, temporary employees are naturally more at risk of job loss because their employers do not incur any firing costs when the fixed-term contract expires.

Although there is currently an intense debate on gender inequality in the COVID-19 crisis, the experts expect rather small differences between employment trends for men (-1.5 points) and women (-1.8 points). For Spain and Italy, the differences are somewhat larger than average, which could be due to a different gender distribution across occupations and tasks in these countries.

It may seem surprising that the differences across all dimensions are significantly smaller in the U.S. than in Europe. However, since U.S. firms reacted fast to the demand shock by laying off workers early in the crisis, unemployment had already risen to record levels at the time of the survey in mid-May. Unfortunately, the survey data thus does not shed light on the role that qualification and gender may have played in these early layoffs.

In Europe, in contrast, many firms have been able to take advantage of government support programs to safeguard employment such as short-time work. The expectations for Europe are thus likely to take into account delayed employment effects of the pandemic, whereas expectations in the U.S. are already somewhat geared towards a labor market recovery.

About the IZA Expert Panel

The panel measures the opinions, beliefs and attitudes of IZA network members about the impact of the COVID-19 pandemic on labor market outcomes in their respective countries. More than 500 labor market economists from over 50 countries participated in the first survey wave, conducted in mid-May 2020.