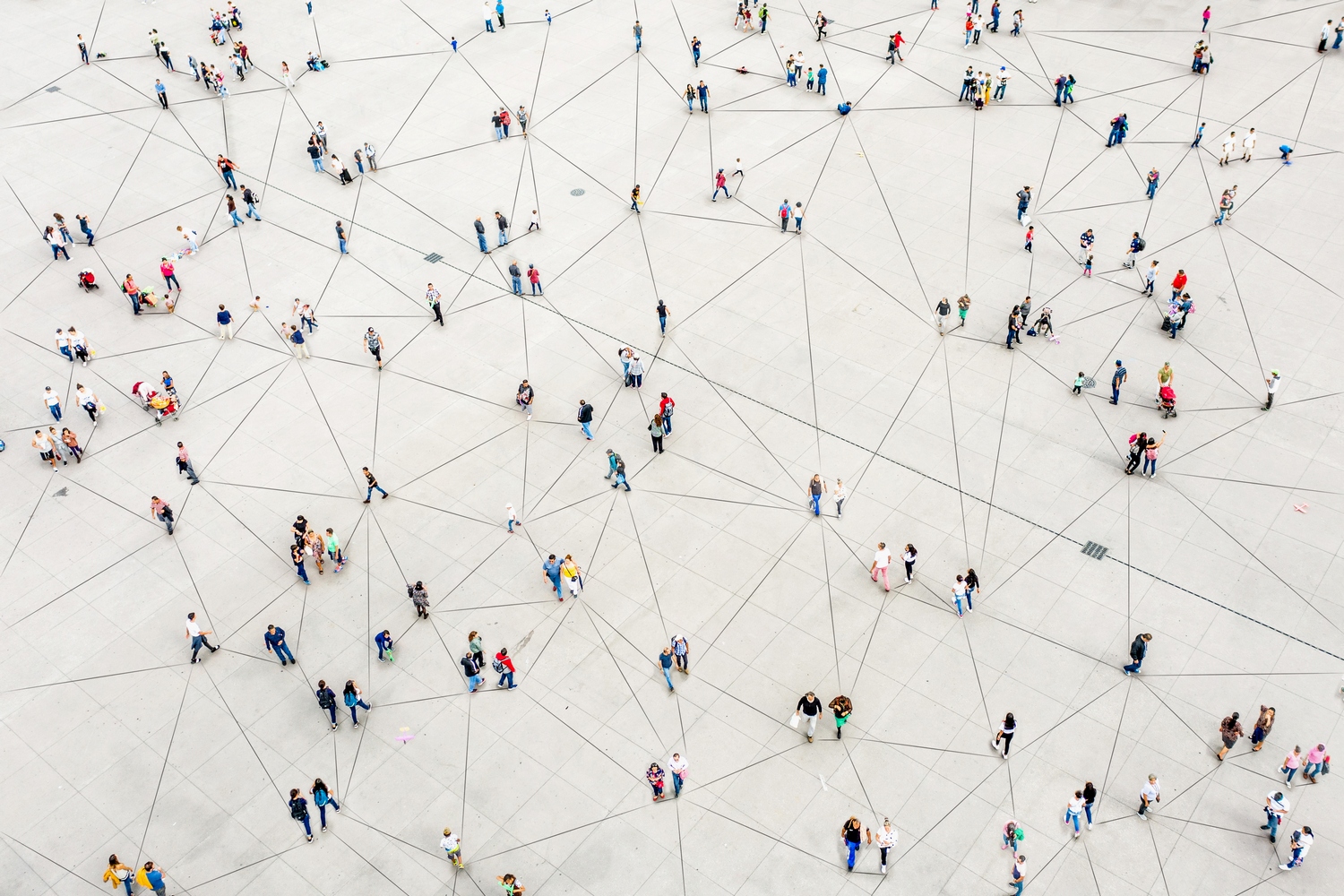 Since the beginning of this year, the novel coronavirus has rapidly spread throughout the world, affecting the lives, health, and livelihoods of people all around the globe. With no medical solution available yet, the key margin to contain the spread of the pandemic is human behavior.

Policymakers and health experts around the world summon the population to limit social contacts and follow strict hygiene and distance recommendations, appealing to the social responsibility of their citizens. For instance, German Chancellor Angela Merkel said on March 18, 2020: “This is the greatest challenge for our country since WWII, in which taking action collectively as a society is key.” In social sciences, the willingness of an individual to act collectively and pursue socially valuable activities is called social capital.

Relationship between social capital and early spread of the virus

While almost all governments around the world ask their citizens to act socially responsible, there is no systematic evidence on whether it is indeed an important factor in containing COVID-19. A recent IZA discussion paper by Alina Kristin Bartscher, Sebastian Seitz, Sebastian Siegloch, Michaela Slotwinski, Nils Wehrhöfer adds empirical evidence to this timely question by studying the relationship between social capital and the early spread of the virus.

The paper independently investigates the relationship in seven European countries – Austria, Germany, Italy, the Netherlands, Sweden, Switzerland, and the UK – exploiting within-country regional variation in the spread of COVID-19 and social capital. Following the literature, the authors use election turnout to measure social capital.  The results are sustained when using well-established alternative measures such as blood donations and historical literacy rates. 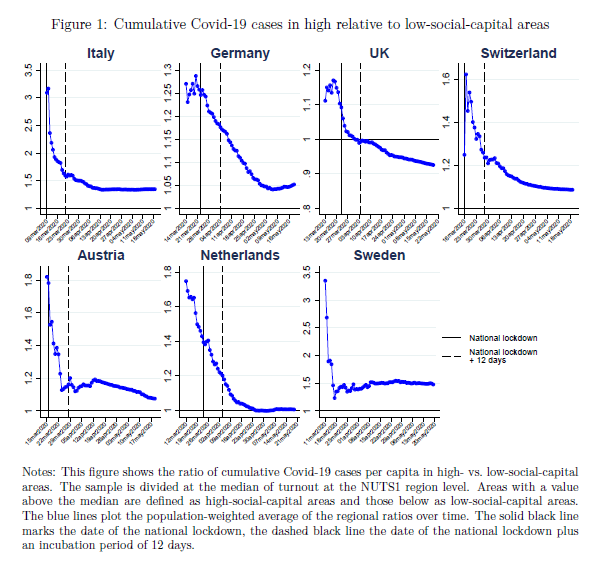 A similar pattern also emerges when using a more rigorous econometric model. Across all countries, the study shows a consistent pattern: high-social-capital areas exhibit a slower growth in cumulative cases than low-social-capital areas. This reduces the cases they accumulate over the considered periods by between 12% (Germany) and 32% (Italy).

In terms of dynamics, the effect of social capital is strongest before the lockdown could have had an effect, as responsible individual behavior such as reducing mobility and practicing voluntary distancing was the only means to flatten the curve. After national lockdowns take effect, the growth differential between low- and high-social capital areas stabilizes and remains constant thereafter.

Looking at the Italy is interesting as it is the first European country to be massively affected by the virus, meeting both government and citizens unprepared. The paper shows that excess mortality is lower in high-social capital areas in Italy. By mid-April, a one standard deviation increase in turnout is significantly associated with 7% fewer accumulated excess deaths.

Moreover, the authors look at mobility, one of the main mechanisms through which social capital is expected to affect the spread of the virus. Using the number of weekly journeys per capita, as captured by data on cell phone locations in Italy, the paper shows that individuals’ mobility in high-social-capital areas is significantly lower between the time of the first community case and the national lockdown. A one-standard-deviation increase in turnout decreases mobility by 0.16 journeys per capita in the first week of March, a 15% reduction relative to the average pre-Covid mobility.

The study demonstrates the potential value of social capital regarding the successful containment during a public health crisis. High-social-capital areas seem to be managing the containment of the virus better than low-social-capital regions even absent any lockdown policy. While this immediately translates into better health and fewer pandemic related deaths, it also possibly reduces the size of the economic downturn and facilitates recovery in the longer term. The findings suggest that efforts to strengthen social capital may play a role in mitigating the impact of future crises.