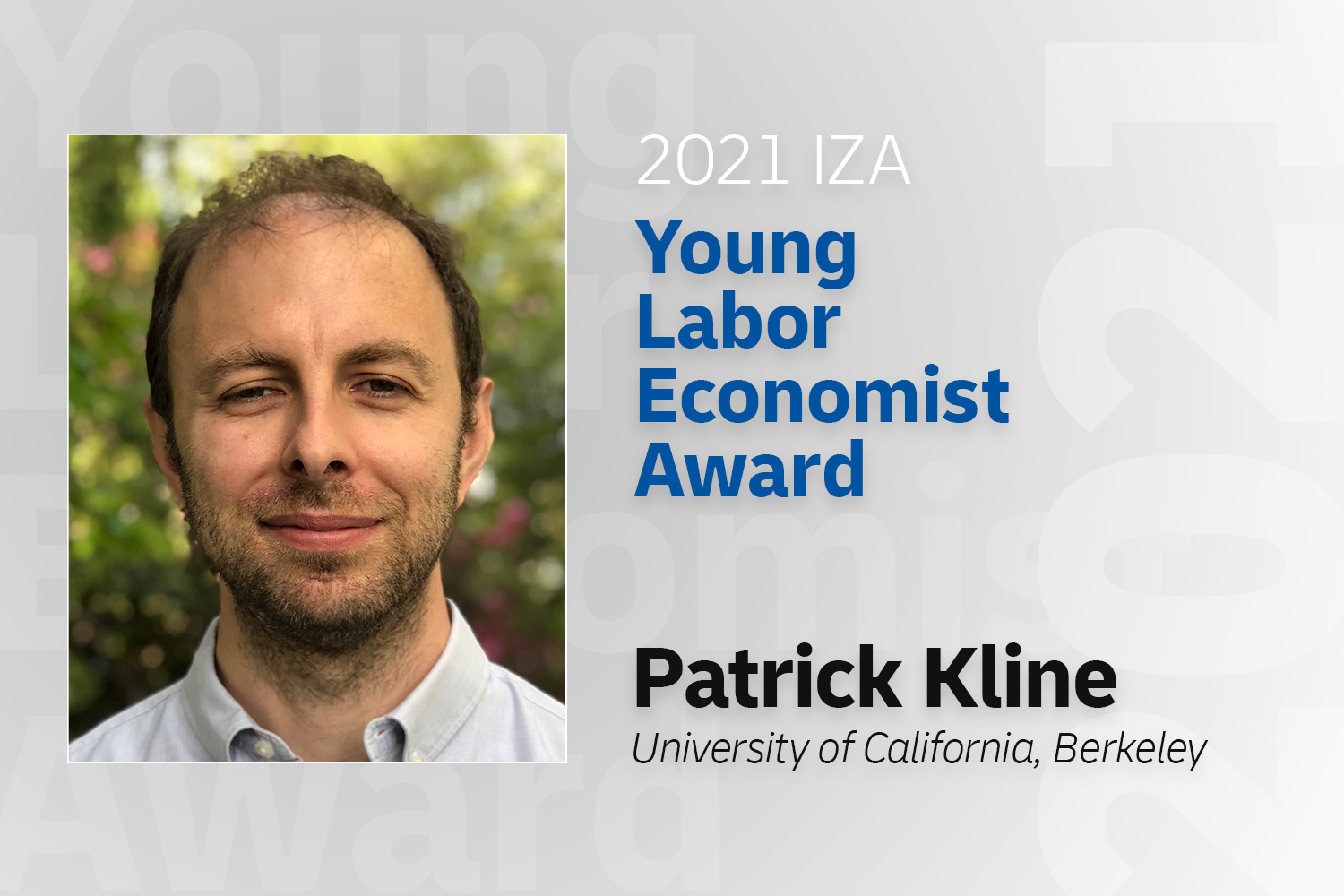 Traditionally, the IZA Young Labor Economist Award (YLEA) is conferred during the Annual Meeting of the Allied Social Science Association (ASSA). Since the event was held online due to the pandemic, IZA organized a virtual cocktail party in honor of Patrick Kline (University of California, Berkeley), who won the award for his research on empirical methodology in labor economics and on the determination of wages.

As chair of the selection committee, IZA Network Director Daniel Hamermesh acknowledged the laureate’s impressive publication record and stressed that “more important than the numbers, one learns something from each of his papers.”

Harvard economist and former YLEA winner Raj Chetty praised Kline’s focus on rigor and his excellent knowledge of statistics in search for answers to real-world problems. The most recent IZA discussion paper co-authored by Pat Kline on systemic discrimination among large U.S employers was mentioned by several of his colleagues as an example of methodologically convincing and highly policy-relevant work.

According to David Autor (MIT), Kline stands out for “making complicated ideas transparent and understandable.” Kerwin Charles, dean of the Yale School of Management, reflected on his long-standing professional relationship with the award-winner, having early on suggested to Kline that he pursue a career in economics, and admitted “there is no other colleague whose judgment I’d trust more.”

Apart from Kline’s qualities as a researcher, many speakers also emphasized his positive influence on faculty members and students. “His energy, curiosity and expertise have a tremendous impact on the people around him,” said Yale economist Joseph Altonji, winner of the 2018 IZA Prize in Labor Economics. There was wide agreement that Kline’s personality and academic work will greatly influence future generations of labor economists.