American women respond to immigration inflows by having more children 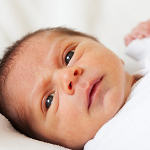 The hot debate about President Obama’s immigration reform shows that many Americans still view immigrants as taking jobs away from natives – while in fact quite the opposite can be true: In a recent IZA Discussion Paper, Delia Furtado shows that better childcare availability due to immigrant inflows allows U.S. women to work more despite having more children.

Using U.S. Census data from 1980 and 2000, Furtado provides evidence that immigrant inflows are indeed associated with increased likelihoods of having a baby, and responses are strongest among women who are most likely to consider childcare costs when making fertility decisions – married women with a graduate degree.

The responsiveness to decreased costs of childcare seems to be increasing with the educational level. Women with a graduate degree have stronger reactions in their childbearing behavior than women with a college degree, while this relation between graduate and college degree is less pronounced for the effect on the subsequent reentry into the labor market.

This difference in the responsiveness by skill group might explain the inefficiency of many introduced family-friendly policy measures: If high-skilled women react to price changes with disproportional changes in fertility compared to changes in their reentry decision, these fertility increases could offset some of the desired effects on female labor supply.