Who are the women in the top 1% and how do they make their money? 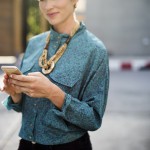 A lot of attention has been given to rising inequality and, in particular, to the increasing income share going to the top of the distribution in many countries. Researchers have studied many aspects of this development, such as the importance of distinguishing between different sources of income and also to look carefully at the diverse developments across different groups within the top of the income distribution.

However, one aspect that has received little attention is that of gender. How many in the top are women? How has this share developed over time? Are their differences in income composition between top income men and women? Are they different in terms of observable characteristics and in terms of family status?

A new IZA Discussion Paper by Anne Boschini (SOFI, Stockholm University) Kristin Gunnarsson (Uppsala University) and Jesper Roine (SITE, Stockholm School of Economics and IZA) studies these questions for the case of Sweden over the past four decades. Starting in 1974, the authors analyze how the share of women, and the composition of their incomes, in the top of the income distribution has changed over time. Using the longitudinal information, they are also able to study gender differences in mobility in the top as well as how top income men and women differ with respect to age, education, wealth, family status, etc.

The start of the studied period corresponds to when female labor force participation really took off in Sweden and when a number of reforms aimed at equalizing opportunities for men and women were put in place. The overarching question of the paper is how the process of gradually increased gender equality since the early 1970s has played out in the top of the income distribution.

In terms of income composition, the study finds interesting gender differences. In the 1970s about 30% of total income for women in the top 1 group was based on capital. That share remains about the same today. Relative to men, however, the trend is that capital is becoming less important for women because the importance of capital incomes for men has grown over time.

The researchers also find gender differences in mobility. Top income women are less likely to stay in the top from one period to the next. This is especially pronounced when including realized capital gains, as these turn out to be of a more transitory nature for women than for men. Over time, though, the mobility differences between top income men and women have decreased.

Top income men and women are not markedly different in age or education, but there are large difference in terms of family formation. Almost all men in the top 1 group were married in the 1970s, and this is still true today for about 75% of top 1 men. Looking at the income of their partners, most of them were in the P0-60 group in the 1970s. And even though this share has gone down, it remains true that most partners of top income men are not themselves in the top decile group.

Top income women, on the other hand, look very different in these respects. The share of married top women was about 50% in the 1970s and has increased over time to about 60% today. The share of widows has decreased over time from about 20% to 10%, and the share of divorced has increased slightly. In terms of who the top income women are married to, this is almost a mirror image of men’s situation; about 3 in 4 out of the married top 1 women are married to men who are in the top decile group and about 40% have a partner also in the top 1. Almost none of the married top 1 women have a partner with low income (in the P0-60 group).

Overall, the results regarding differences in the role of capital, but also the results showing very different family compositions for top income men and women, both suggest that many of the findings in the top income literature have a clear gender component and that understanding gender equality in the top of the distribution requires studying not only earnings and labor market outcomes, but also other aspects of top income men and women.