Broadband boosts firm performance but not jobs in rural areas 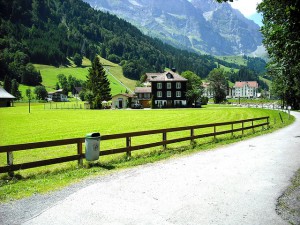 To fully realize the potential of today’s internet requires fast access. But in some of Europe’s rural areas, broadband connections are still a scarce resource. Especially rural businesses complain about the lack of internet infrastructure in their regions. In the EU 2020 strategy, the European Union has identified the “digital divide” between rural and urban areas as a major impediment to growth.

But does the speed of internet access really have such a large effect on the performance of firms? Despite growing policy attention to broadband diffusion in rural areas, not much is known about its economic impact. A new IZA discussion paper by Giulia Canzian (FBK-IRVAPP), Samuele Poy (Università Cattolica del Sacro Cuore) and Simone Schüller (FBK-IRVAPP and IZA) provides empirical evidence on the impact of broadband availability and firm performance in rural Italy.

The authors look at the Province of Trento, where between 2011 and 2014 the government rolled out a public broadband delivery program explicitly targeted at providing ‘underserved’ rural and sparsely populated areas with broadband internet access. Their research represents the first impact evaluation of a policy delivering access to advanced ADSL2+ technology with upload speeds of up to 20 Mbps. Previous studies only examined the very first ADSL technology providing speeds exceeding 256 Kbps.

Using balance sheet data on corporate enterprises, the authors show that firms in rural and remote areas benefit considerably from the enhanced broadband delivery program. Over a two-year period, ADSL2+ availability increased firms’ annual turnover by about 40 percent and value added by about 25 percent. However, the positive impact on output could not be observed with regard to employment. The authors did not find evidence that the firms that had gained a fast ADSL2+ connection would hire extra workers. 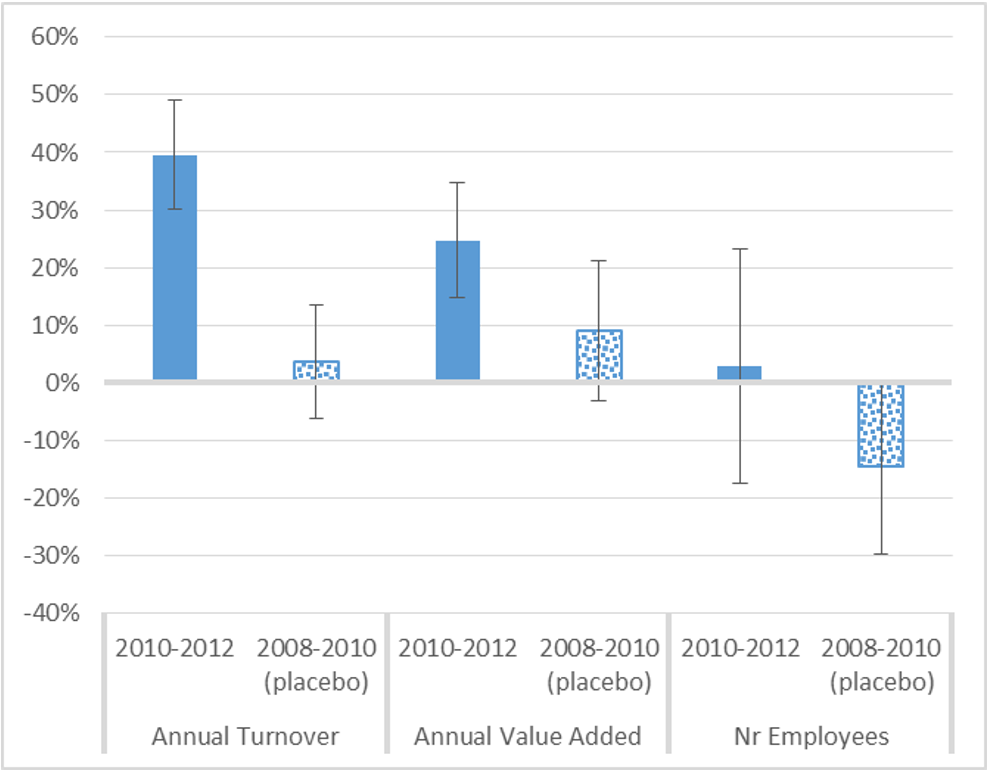 In order to verify the results, the researchers also ran placebo regressions in the two-year period before the actual program started. The fact that these test regressions showed no effects (see figure above) supports the causal interpretation that the provision of broadband internet was indeed the driving factor behind the boost in firm performance.

These findings have important implications for the ongoing policy debate on public investment in broadband infrastructure. It should encourage policy makers, especially in relatively under-developed remote and rural areas, to focus on broadband delivery in order to encourage local economic growth.