Can debt restructuring help households out of the debt trap? 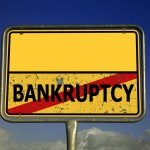 During the last financial crisis, the indebtedness of households and the number of bankrupt households reached levels that had not yet been experienced on a worldwide scale. In such an environment of high private debt, the policy debate seems to have shifted from the establishment of an ex ante “optimal” bankruptcy regime to the implementation of “ex post” special policy programs to restructure the debt of households in financial distress. A large number of policy initiatives were launched to ease the restructuring of household debt.

One aspect that has received little attention is the impact of the debt restructuring on the ability of the household to escape from the debt trap. A new IZA Discussion Paper by Henri Fraisse (Banque de France) studies for the case of France how debt suspensions influence the re-filing for bankruptcy.

Strong but short-lived effect on the likelihood to re-default

The figure below reports the magnitude of the impact of the suspension over the years that follow. The suspension appears to have a significant impact in the first four years on the probability of re-default, reaching its peak in the second year following the decision. Five years after the decision – conditionally on not having previously re-defaulted – the probability of re-default is the same whether or not the household benefits from the grace period. For these households, the grace period therefore does not further disincentive repayment, nor give sufficient relief to further decrease the risk of re-default.

Key drivers: expenditure rate and characteristics of the credit providers

Fraisse then measures how the impacts depend on the characteristics of the filers. He finds higher re-default effects for the population of filers who are in more dire financial straits. Unemployed filers with very low incomes and higher levels of indebtedness are substantially less likely to re-default following a suspension of debt repayment. However, neither the number of creditors, nor the dispersion of the debt – in sum, the overall debt structure – seem to lead to significantly different re-default effects. The collective restructuring that is offered by the bankruptcy process seems to compensate for the relative higher financial fragility of households with atypical debt structures.

One key driver of heterogeneous effects is the expenditure rate. Low levels of expenditure rates are related to a non-significant effect of debt suspensions, whereas the likelihood to re-default is 67% lower for the population in the top quartile of the expenditure rate distribution in comparison with the bottom quartile. Fraisse further observes noticeable heterogeneous effects among providers of consumer credits. Following a suspension, a customer of one bank has a 3 percentage point lower probability to re-default than a customer of another bank. These results suggest that some banks target more financially fragile households.

In sum, these results indicate the importance of debt restructuring programs to help households to escape poverty trap. They also underline the necessity of policy actions on budget counseling, as well as the importance of regulation of credit distribution to avoid both entering into bankruptcy and re-filing for bankruptcy.