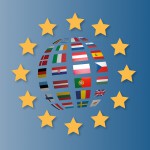 As the flow of asylum seekers reaching Europe’s shores is rising again with the onset of spring, the European Union is increasingly forced to address a number of challenges. Disagreements over the unequal distribution of refugees across the EU have hindered a common policy response, placing strain on existing support structures, and potentially threaten to unravel the entire international refugee protection system.

A new IZA World of Labor article outlines a new innovative way to organize the distribution of refugees efficiently while at the same time respecting their rights. The plan combines two market mechanisms: a market for tradable refugee admission quotas that allows refugees to be established wherever it is least costly, and a matching system that takes into account the preferences of both refugees and host countries.

The use of market mechanisms, such as tradable quotas, to coordinate a cost-effective international common response to different kinds of policy problems has a long-established tradition in economics. Jesús Fernández-Huertas Moraga (Universidad Carlos III de Madrid and IZA) makes use of this concept in his proposed solution to the refugee crisis facing Europe.

Debates over how to structure the distribution of refugees across the EU have usually focused around two themes: the economic cost of hosting this influx of asylum seekers and the social and humanitarian duties and responsibilities of Member States to refugees. Fernández-Huertas Moraga’s concept allows the economic component, the tradable quotas market to be combined with humanitarian “matching,” making the solution both politically and economically feasible.

The IZA World of Labor article proposes a fully coordinated refugee acceptance system that includes three stages. First, responsibilities should be shared among Member States by applying a distribution rule that determines how many asylum seekers each Member State should accommodate. This distribution key should reflect the countries’ overall capacities by taking into account a number factors, such as GDP, population, unemployment rate, the number of refugees resettled, and asylum applications received during the previous five years.

In the second stage, countries that wish to accommodate less asylum seekers than assigned in the first stage could trade these obligations and pay other countries to host them instead. Thirdly, a matching mechanism would combine refugee preferences with receiving countries’ preferences to ensure that refugees are not forced to relocate to an undesired destination, thus ensuring that the human rights of the refugees are protected.

While this concept seeks to solve challenges faced within the European context, this mix of accounting for both economic efficiency and human rights could also be used to address some of the main deficiencies of the international system of refugee protection.

Currently, as the above figure shows, most of the responsibility for protecting refugees falls on countries with fewer resources, typically those with close geographical proximity to conflicts. This not only threatens to politically and economically destabilize these host countries, creating broader global consequences, but the duty and also benefits of ensuring the right of asylum, a basic human right, extends to the whole world.