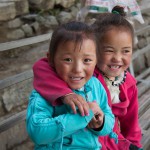 In January 2016, China formally changed its one-child policy, now allowing all couples to have two children. Fei Wang, Liqiu Zhao and Zhong Zhao systematically examine the labor market consequences of China’s family planning policies in their recent IZA Discussion Paper. Their simulation results indicate that the new two-child policy may be too little, too late to alleviate the aging problem in China.

Even after 1980, there were considerable regional and ethnic variations as well as many changes, notably the exemption of ethnic minorities and the relaxation of the strict one-child policy in rural China in the mid-1980s. As of January 1, 2016, all Chinese couples are now allowed to have two children. These policies have a far-reaching impact on many aspects of society, including the Chinese labor market.

Effects on age and gender composition of the working-age population

The dramatic drop in the total fertility rate during the 1970s has resulted in reduced numbers of people newly entering the workforce from the 1990s and beyond. Figure 1 presents factual and counterfactual population pyramids for the male and female populations in 1990 and 2010. The unfilled bars with black lines refer to the factual population pyramids. The gray bars denote the pyramids under the counterfactual regime in which no family planning policies take place, i.e., no “Later-Long-Fewer” family planning campaign and one-child policy. As can be seen, the factual pyramids show a low number of births between the mid-1970s and mid-1980s.

The age structure of a region is shaped not only by the processes of fertility and mortality, but is also importantly impacted by migration. With respect to the first two, the family planning policy has been implemented more rigorously in urban areas and areas with a high proportion of Han ethnicity, which would be expected to result in a more rapid aging process in these areas.

Thus, the strict enforcement of family planning policies in urban areas has accelerated rural-to-urban migration. In addition, the types of migrants that have moved to cities for work are mostly young, as can especially be seen in eastern coastal China and the major urban centers, such as Guangdong and Zhejiang province. This internal migration has, in turn however, led to a more serious aging challenge in the typically more rural and inland provinces, such as Sichuan and Anhui province.

Already beginning in 2014, almost all provinces allowed a couple to have a second birth if one spouse is an only child. Since people born in the 1980s and early 1990s under the one-child policy played a major part in childbearing, there were 11 million couples who qualified for a second birth. By September 30, 2015, approximately 1.85 million couples had applied for birth certificates for a second birth, comprising a proportion of only 16.8%. This implies that the two-child policies are unlikely to increase fertility sharply, at least when one partner is an only child, which will be more common in the future.

The right panel of Figure 4 shows the proportion of the population aged 65+ over time under the one- and two-child policies with the same levels of fertility effects. It is clear that the two-child policy is far from pulling China out of aging.

No birth control and pro-natal policies

Although it is impossible to predict China’s population and labor market effects under birth encouraging policies without knowing the specific policy forms, the authors discuss the possible implications based on knowledge from pro-natal policies in other East Asian countries/regions such as Japan, Singapore, South Korea and Taiwan. While Japan and Singapore’s policies have existed for more than 20 years, and more time may be needed for evaluating the more recent policies in South Korea and Taiwan, all of these policies thus far have not shown significant effects on fertility.

If pro-natal policies fail to increase fertility rates and other measures such as opening borders to international immigrants are not implemented in China, the population would inevitably continue to age, and labor markets may encounter a shortage in the workforce if the industrial structure simultaneously fails to transform properly.

The authors therefore call on China to learn the lessons from their other neighboring countries/regions and take action as soon as possible, or it could be too late since the fertility rates have already been at low levels for such a long time.