Causes and remedies of youth unemployment 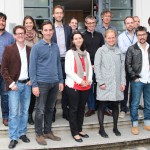 In the aftermath of the Great Recession, one in five young people in Europe are currently unemployed, with peak rates of 50 percent or above. Against this background, the IZA Workshop “Which Institutions Promote Youth Employment?” organized by Pierre Cahuc and Konstantinos Tatsiramos brought together international researchers to discuss the role of institutions in shaping employment opportunities for youth.

Youth unemployment reached all-time highs during the recent recession. Who is to blame for this unprecedented development?

Bart Cockx: First, youth unemployment is high, but its level is not unprecedented. For instance, around 1984 and 1994 and 2004 youth unemployment attained similar levels in many European countries. Youth always suffer more from recessions than prime-aged workers. In economic downturns employers must absorb the decline in the demand for goods and services by laying off their less experienced – usually younger – workers and by reducing the hiring rate, which obviously hurts those at the start of their professional career more intensively. Low-skilled youth are much more affected than high-skilled, since the high-skilled can still temporarily accept jobs below their qualifications, while this strategy is not feasible for the low-skilled. So, essentially economic recessions are to blame for the high unemployment rate. The reason why youth unemployment now peaks is that the last recession was particularly “Great”.

Are young people entering the labor market during the recession truly a lost generation?

Cockx: Most existing research confirms that a recession indeed generally imposes a long-lasting penalty on the labor market career of youth who enter the labor market at that moment, but the persistence depends on the skill level and on the rigidity of the labor market. For instance, entering the relatively flexible North American labor market imposes a modest, but long-lasting earnings penalty on highly skilled youth gradually fading away in about ten years. In face of a recession, high-skilled youth is essentially forced to accept lower quality jobs with reduced career prospects. These unlucky generations can catch up with the more lucky ones by participating more intensively in training and in on-the-job search, but due to labor market imperfections this catching-up process may last as long as ten years.

For low-skilled youth the adverse effects of a recession are more severe, but short-lived. This is because in the North American labor market for the low-skilled operates more like a spot market in which wages, rather than employment reacts rapidly to changing economic conditions. Moreover, even if the low-skilled may experience unemployment in the short-run, this does have not so much impact on their long-run career, because the low skilled jobs require much less investment in human capital and involve much less long-term career contracts, reducing the negative impact of the lost labor market experience induced by unemployment.

What are the findings of your work that you presented at the workshop?

Cockx: My research studies this persistence in Belgium. The Belgian case is particularly interesting because it is regarded as one of the most rigid labor markets in the OECD: the flows in and out of unemployment are much lower than in other countries. Such a rigid labor market generally reinforces the persistence mechanisms. In contrast to North America, we find that earnings penalties persist more than ten years, both for low- and high-skilled workers. For low-skilled workers the earnings penalty is not induced by lower hourly wages, but by more unemployment, which in turn seems to impose a long-run scar on earnings.

We argue that the extremely high minimum wage is the main explanation of this finding. For high-skilled workers this minimum wage is not binding, however. For them the persistence runs mainly through lower hourly wages and, hence, like in North-America, more through the acceptance of lower quality jobs. But catching-up with the lucky generation is much more difficult in Belgium, than in North America, because Employment Protection Legislation (EPL) is much stricter for these high-skilled jobs. Hence, since this EPL reduces turnover and job opportunities for experienced workers, the Belgian high-skilled youth is much more locked into the lower quality jobs than the North-American.

What can policy makers do to help young people to cope with their challenges?

Cockx: Essentially, the best strategy for policy makers is to implement policies that reduce the likelihood, magnitude and duration of economic recessions. Notice that this does not involve policies specifically targeted on youth. Ex-post, in case a recession could not be prevented, one could enact curative policies that minimize the consequence of such a recession, for instance, by financially supporting youth to continue education, or employers to offer apprenticeships and on-the-job training during recessions.

In order to avoid persistent penalties on the labor market career, policy makers should increase labor market flexibility. In this respect, the challenge is, however, to implement labor market reforms that enhance flexibility without affecting job security. “Flexicurity” and the single contract are promising in this respect, but the problem is that there is no consensus on the exact forms these institutional innovations should take on. Moreover, such structural reforms typically require in-depth changes of institutions, and are therefore very difficult to implement politically.

Read more about youth unemployment in these selected IZA World of Labor articles: