Challenges and successes in refugee integration 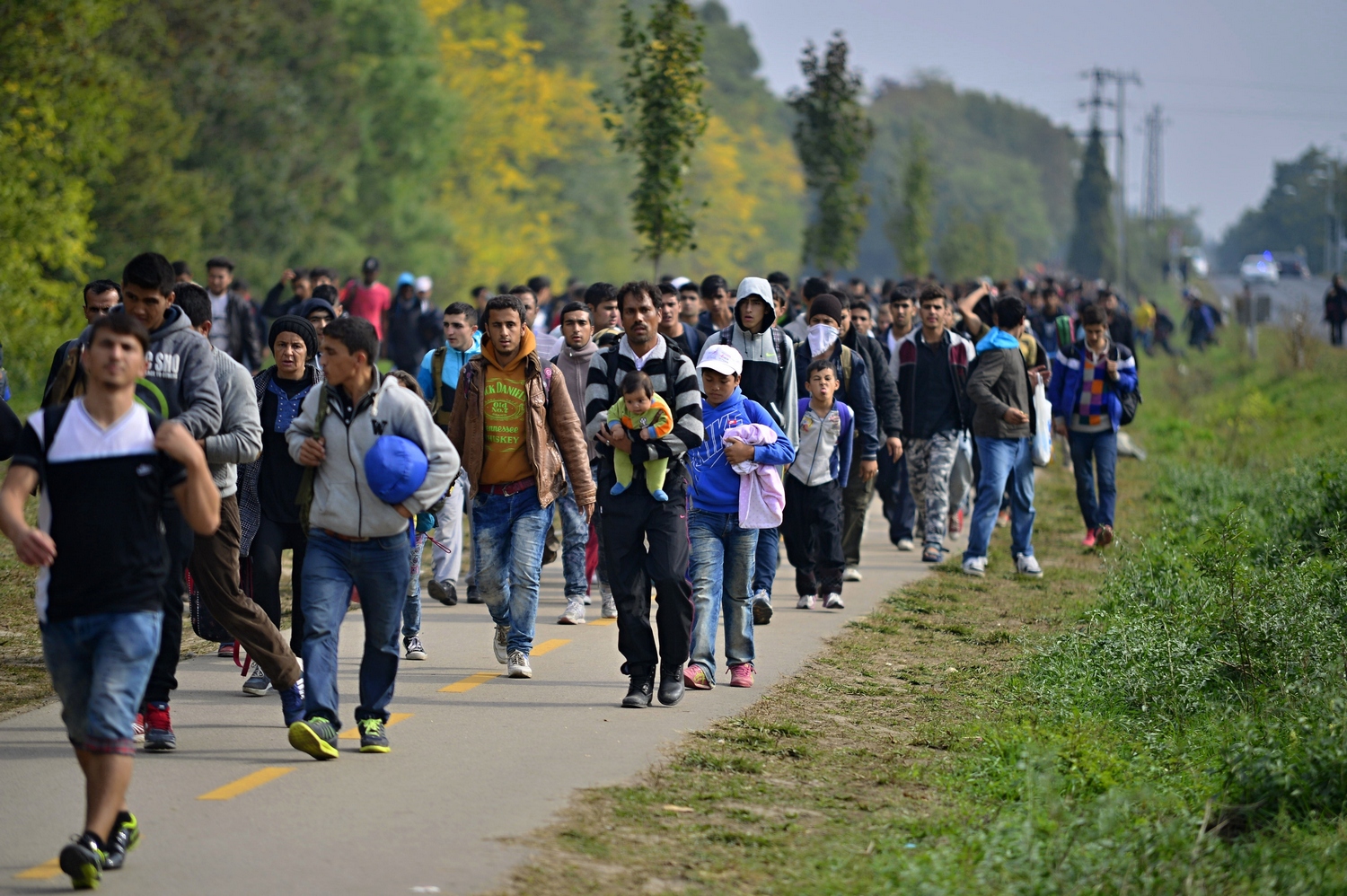 Refugee flows around the world have been on the rise in recent years. Yet, the welcome received by refugees has varied worldwide. Gaining a better understanding of the facts is essential in order to devise immigration policies that address native concerns and avoid the misrepresentation of the refugee phenomenon or political opportunism. Several recent IZA discussion papers provide solid economic analysis of different aspects and country experiences with refugee integration, offering useful insights for public and policy debates.

In the United States, growing skepticism about refugees has resulted in expressed concerns regarding their impact on public safety and the possibility that they might bring with them the terror and crime that afflicts many of their countries of origin. IZA DP 11612 attempts to take a first step at assessing if there is empirical evidence supportive of such a link. The analysis, which exploits the geographic and temporal variation in the distribution of refugees across U.S. counties, reveals that, overall, refugees do not seem to have a significant impact on local crime rates. Similar results are obtained when the analysis is limited to refugees from the seven countries targeted by President Trump’s “Muslim ban.”

That refugee inflows are not associated with increases in crime rates seems plausible, the authors write.  Refugees in the U.S. are carefully screened making it unlikely that individuals predisposed to criminal activity will pass the vetting process. Furthermore, refugees are matched to sponsoring agencies, which provide them with services to facilitate their integration into the job market. The local sponsoring agencies also likely monitor refugees, enabling them to detect and correct inappropriate behaviors early on. In sum, the findings of the study confirm the authors’ expectation that refugees – settled through these channels – are not more prone to crime than the native population.

As the current debate on the European refugee crisis shows, refugees are also often perceived as an economic “burden.” But there is little quantitative evidence on the medium-term outcomes of refugees. IZA DP 11609 aims to fill this gap for the UK by looking at the case of “East African Asians” – refugees of Indian ethnicity who were expelled from East African countries (primarily Uganda and Kenya) in the late 1960s and early 1970s. Using data from the UK Census, the authors show that the refugees’ outcomes forty years after arrival in Britain are at least as good as the population average, with the younger cohort performing even better. Refugee status, as distinct from ethnicity or immigrant status, appears to have a positive impact.

The authors make it clear that the external validity of this study for current refugees is limited since obviously each refugee group is unique in its source countries, its experiences and any assets (tangible and intangible) it brings. However, they also point at commonalities: All refugees have necessarily left their home country under duress, all have self-evidently made it through to a place of safety, and all have experienced (at the least) very difficult transitions. The study thus concludes that refugee integration is challenging, but it can be done – with enormous benefits, both economic and social, for the receiving country.

Does it matter for socioeconomic outcomes how refugees are geographically distributed? In many countries, the persisting socioeconomic inequality between immigrants and natives is also attributed to ethnic enclaves that hinder integration into the host society. IZA DP 11608 analyzes whether a high regional concentration of immigrants of the same ethnicity affect immigrant children’s acquisition of host-country language skills and educational attainment. The authors exploit the exogenous placement of guest workers from five ethnicities across German regions during the 1960s and 1970s, which differed from today’s refugee situation in many respects but had similar implications for language acquisition.

These findings imply that even children of immigrants who are well integrated into the labor market may suffer from worse human capital outcomes – host-country language proficiency and educational attainment – when growing up in regions with many, mainly low-educated, immigrants of their own ethnicity. Concerning current policy debates about how to disperse refugees across regions, the findings suggest that avoiding the emergence of ethnic enclaves might help refugee children to learn the host-country language and to avoid school dropout.

In contexts where language acquisition matters less, however, keeping homogenous communities of origin together may be beneficial for economic growth. IZA DP 11613 investigates the long-term consequences of mass refugee inflow on economic development by examining the effect of the first large-scale population resettlement in modern history. After the Greco-Turkish war of 1919–1922, 1.2 million Greek Orthodox were forcibly resettled from Turkey to Greece, increasing the Greek population by more than 20% within a few months.

Using a novel geocoded dataset, the authors find that localities with a greater share of refugees in 1923 (and similar initial levels of development) today have higher earnings, higher levels of household wealth, greater educational attainment, as well as larger financial and manufacturing sectors. The long-run beneficial effects appear to arise from agglomeration economies generated by the large increase in the workforce, occupational specialization, as well as by new industrial know-how brought by refugees, which fostered early industrialization and economic growth.

Despite the unique context in which this mass refugee inflow took place, the authors believe their findings may still be informative for current debates, particularly when assessing under which conditions immigrants and displaced refugees could have beneficial long-run impacts on economic growth. Their findings shed some light on the effectiveness of refugee resettlement policies in a context of a relatively poor agrarian economy, similar to contemporary Sub-Saharan Africa that currently hosts the largest number of forcibly displaced people.

At least three settlement policy features seemed to have played a major role: (i) refugee households were given houses, arable land, livestock, seeds and agricultural tools; (ii) there was a conscious effort to maintain the same homogenous communities of origin; (iii) all refugees were granted the Greek citizenship immediately upon arrival, which certainly facilitates their social and political integration.

Recent refugee movements have been intensified especially after the Syrian crisis. Although the policy debate evolves around the potential impacts of refugees on the developed economies (given that the developed countries can avoid admitting a large number of them), some countries could not avoid admitting them and have already started to experience those impacts. Turkey is a major example. Since the beginning of 2012, more than 3 million Syrian refugees crossed the border and settled in Turkey, based on official figures.

This inflow has been affecting a wide range of economic and social outcomes from labor markets to voting behavior. IZA DP 11611 investigates the impact of Syrian refugee inflows on housing rents in the hosting regions in Turkey. Not surprisingly, housing rents have exhibited a significant increase following the influx. What is more interesting is that, contrary to previous findings, the increase mostly comes from high-quality units as natives who originally resided in the low-quality neighborhoods moved into high-quality neighborhoods and refugees substituted them. The demand for low-quality dwellings did not change significantly, but high-quality neighborhoods experienced a sharp surge in demand.

The authors argue that this result is likely generated by negative attitudes towards refugees. These seem to be driven mainly by the congested use of public goods and services, not so much by crime perceptions or labor market aspects. The results imply that the refugee-native conflict in economic and social life has implications for the city structure in the sense that it may lead to sharp segregation, which can further feed socio-economic inequality that can have lasting impacts on second- and third-generation refugees. Thus, the authors conclude that timely policies targeted at facilitating refugee integration and minimizing the extent of segregation would be useful and welfare-improving for the whole society.