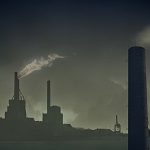 China’s rise to global economic power has had a major impact on the recent globalization process. In 2009, China became the world’s largest exporter. This evolution affects local labor markets all over the planet. Many nations complain that Chinese competition increases domestic unemployment and depresses wages. But how large is this effect really?

In a recent IZA Discussion Paper Ragnhild Balsvik, Sissel Jensen and Kjell G. Salvanes explore the impact of import shocks from China on the Norwegian labor market from 1996 to 2007. In this time range, the amount of imports from China increased more than sixfold while employment in the manufacturing sector declined.

The researchers find that this negative employment effect is especially pronounced for low-skilled workers who are pushed into unemployment, or even leave the labor force entirely. For workers without college education, an increase in import exposure of about 1,600 U.S. dollars per worker reduces manufacturing employment by about 0.8%. At the same time, employment in other private sectors rises by 0.5%. Unemployment rises by 1.8%, and labor force exits by 0.3%.

This outcome is related to the import of intermediate goods rather than products for final consumption. Also, the decline in employment is mainly due to imports from China to Norway’s domestic market, not to increased competition in Norwegian export markets.

Consistent with features of the Nordic welfare state, such as generous unemployment benefits or disability pensions and a centralized wage bargaining process that makes wages rather sticky, the authors find no significant change in earnings. Overall, about 10% of the reduction in the manufacturing employment share can be attributed to import competition from China. This is roughly half the size of the effect found for the U.S. in another IZA paper.