A year after the fatal shooting of an unarmed black 18-year-old by a white police officer in Ferguson, the U.S. is still engaged in a difficult debate about race, color and class. The debate goes beyond the question of police violence and is also concerned with issues like housing and jobs. We wanted to know whether discrimination by race or skin color still stands in the way of equal treatment and opportunity – and, by extension, an efficient use of resources – in the labor market. 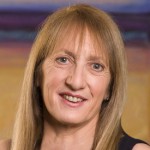 IZA Research Fellow Joni Hersch, an expert on discrimination who does cutting-edge research at the intersection of law and economics at Vanderbilt University, answered our questions:

Five decades after the Civil Rights Act – and six years into the first black presidency – is color discrimination still an issue in the U.S.?

Joni Hersch: The Civil Rights Act of 1964 protects workers against discrimination in employment on the basis of sex, race, color, national origin, and religion. And yet, discrimination – on the basis of race and color, which are often related but need to be distinguished – remains an important problem in the U.S. today.

Does public opinion towards immigration play a role?

Color discrimination has certainly become even more important than in the past because of concerns over immigrants entering the U.S. My research shows that even legal immigrants to the U.S. experience a large pay penalty to darker skin color that is not due to differences in productivity characteristics and that arises in addition to the separate influences on pay of ethnicity, race, and national origin. I also show that even with longer time in the U.S., the penalty to darker skin color among immigrants persists. But the problem is not confined to immigrants. In my work examining color discrimination for African Americans, I likewise find that those with darker skin color experience a pay penalty.

Why is the distinction between race and color relevant?

How common is this?

But not all immigrants to the U.S. are dark-colored…

My research shows that immigrants have on average darker skin color than those who are white U.S. native born. Several states have passed laws requiring police to determine the immigration status of anyone arrested or detained if the police have ‘reasonable suspicion’ that the individual is not a legal immigrant. Darker skin color of immigrants is likely to contribute to creating this type of profiling.

What other forms of discrimination persist in the labor market?

Does this mean we need stricter laws?

As our experience in the five decades following the 1964 Civil Rights Act has shown, anti-discrimination laws alone are not enough to eliminate discrimination in the labor market. In part, lawsuits are hard to win, and complainants are rightfully concerned about retaliation.

What else can be done?

We should aim at increasing social mobility, so that a large share of the decision makers at the highest levels are themselves from the groups that are subject to discrimination. For example, I have shown that women who are graduates of elite colleges and universities have weaker labor market attachment than their counterparts from non-selective institutions. Elite employers preferentially hire elite graduates, and there are fewer women graduates of elite institutions in the pipeline to reach the highest levels and implement changes that could reduce employment discrimination.

Editor’s note: Joni Hersch has been newly appointed as Editor of the IZA Journal of Labor Economics (IZA JoLE), replacing Joe Hotz, who has done an excellent job in this capacity since 2012. With Joni’s broad research agenda, including topical issues like discrimination and inequality, she will certainly make a great contribution to IZA JoLE. We wish her, along with the journal, every success.