What happens when employers are free to discriminate? Evidence from the English Fantasy Football Premier League 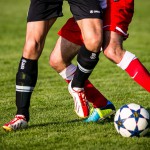 Research on employers’ hiring discrimination is limited by the unlawfulness of such activity. Observational studies report lower wages for minority, but may be affected by the difficulty of comparing “like for like”. An alternative strand of research focuses on the intention to hire. Typically, fake CVs, differing only by the implied race of the applicant, are sent to recruiting employers. Differences in callback rates imply discrimination in the hiring process. However, these studies can only observe the variation in callback rates, not in hiring decisions.

In a new IZA Discussion Paper, Alex Bryson and Arnaud Chevalier look at actual hiring decisions in a virtual labor market, the Fantasy Premier League (FPL), an online game based on the English professional football league. The aim of the game is to hire 15 footballers playing in the English Premier League and to accumulate points according to their performance on the pitch. As such, we can think of the FPL participants as employers. 2.8 million individuals play FPL each week, behaving just like employers in hiring and transferring football players in the hope of winning the league. These employers are “free” to discriminate because there is no legal impediment to them doing so. Despite this, the authors find FPL employers show no racial discriminatory behavior in choosing their team. This is true, for the three seasons that are investigated (2009/10 to 2011/12).

Discrimination in the labor market can have various sources: Employers may have a preference for workers of a given group and hire workers of other groups only at a discount – this is known as employers taste base discrimination. Similarly, co-workers or customers, may have a preference for working with, being served by, employees of a given group. Finally, in the absence of accurate information on the productivity of applicants, firms may resort to use the average productivity of the applicant’s group when making hiring decisions; this is known as statistical discrimination. Typically, it is very difficult to separate between the sources of discrimination.

The study by Bryson and Chevalier allows the authors to estimate taste base discrimination only. This is because in the virtual labor market of the FPL, workers do not interact; they do not even know they have been hired by a FPL participant. Firms in the FPL do not have customers; they produce points for the fantasy league, which only have value for the manager of the firm. Finally, information on the productivity of each potential employee is fully disclosed, as such there is no statistical discrimination. Thus, the only potential source of discrimination in this study is taste base discrimination, which would be easy, since photographs of all potential employees are available.

Despite anti-discrimination legislation, numerous studies based on “fake” job applications indicate employers do discriminate on grounds of race, and the size of these effects appears substantial. The lack of discriminatory behavior amongst FPL participants indicates that taste base discrimination is not a major concern. This suggests that racial discrimination in the labor market is mostly driven by statistical discrimination, whereby employers make hiring decisions based on imperfect productivity information.