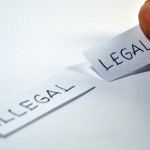 Millions of migrants cross borders without authorization each year. The global stock of illegal immigrants has been estimated in the tens of millions, and the refugee crisis is adding to this number. Governments struggle when it comes to dealing with undocumented immigrants. Mass deportation programs violate human rights and are impractical, but legalization is contentious; many people believe that immigrants can hurt the job prospects of native-born workers and impose costs on government and society. However, in the new IZA World of Labor report, Cynthia Bansak (St. Lawrence University and IZA) presents the latest research which shows that countries ultimately benefit from legalizing immigrants.

Legalization allows undocumented immigrants greater mobility, the ability to work, access to health and social services, and equal protection under the law. Research conducted in the US and in Europe indicates that legalization often increases tax revenues, as more immigrants pay taxes or pay higher taxes when incomes rise due to their legal status. Research has also begun to document links between legalization and remittances, consumption decisions, educational investment, and criminal behavior.

To minimize costs to the receiving country, regularization programs can impose waiting periods on eligibility for certain government services. Programs could be phased in so that individuals are initially granted temporary legal status to work and reside in the host country. In a second stage, immigrants who meet specific requirements could then move on to legal permanent residency. Comprehensive legislation can bring undocumented immigrants into the mainstream and deter new unauthorized immigration.