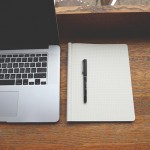 In order to curb unemployment, OECD countries have made enormous efforts and spent considerable sums on active labor market policies (0.6% of GDP in 2011). Governments have mainly relied on traditional measures such as job creation schemes, training programs, and wage subsidies which have often shown dissatisfactory impacts on income and employment prospects of participants.

A promising alternative to traditional programs are start-up subsidies for the unemployed. This type of program supports people out of work to start their own business, thereby not only bringing these people back into work, but ideally also creating new employment opportunities for others as well. Experiences with start-up subsidies for unemployed are diverse and come from various settings. In a new IZA World of Labor article, Marco Caliendo (University of Potsdam) summarizes scientific evidence on the effectiveness of start-up subsidies in industrialized countries and highlights consequences for policy design.

After reviewing studies from OECD countries, Caliendo concludes that start-up subsidies are an effective active labor market policy that can help participants escape unemployment, increase their human capital and improve their future labor market prospects. Even if the business has failed, program participants’ chances on the labor market are still comparably better than those of other unemployed workers. The positive effects of subsidized start-ups may be even higher for disadvantaged groups, such as women, youth, and low-educated workers.

But subsidies also induce a potential negative bias: On average publicly supported start-ups out of unemployment show weaker business performance and spur less business growth and innovation than other start-ups. However, if policymakers’ main goal is to re-integrate unemployed workers into the labor market, they can neglect weaker business performance. If policymakers seek to establish solid new businesses with strong growth rates and job-creation potential, start-up subsidies for the unemployed might not be the best choice.

As Caliendo shows, recent research identifies several elements of start-up programs for unemployed that contribute to their overall success. The time horizon of the subsidy should be neither too short, in order to allow time to overcome initial problems, nor too long, to avoid moral hazard. To help participants survive the initial stage of self-employment when the business might not yield an adequate income, the financial component should cover basic living costs and social security contributions.

Screening, coaching and mentoring are crucial

Initial screening, including the creation of a credible business plan that is approved by an objective third party, is a further crucial element of success. The screening process has to be sufficiently stringent to prevent windfall gains and to ensure that only those people who are truly interested in starting a business take part in the program.

When these caveats are accounted for, start-up subsidies may have the potential to offer a “double dividend”: they can create not only jobs for the founder but also for further potential employees. In addition, subsidizing start-ups can have a positive impact on structural change, innovation, and technology diffusion. In the end, the success of the program depends on the question if the newly self-employed are able to establish solid business growth. Therefore, program subsidies should also be accompanied by support services, such as coaching and mentoring, which can help develop new businesses and support ambitious entrepreneurs who want to enlarge their business operations.