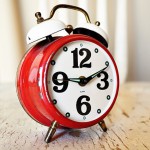 Girls largely outperform boys academically in middle and high school. Performance gaps begin to arise as early as in third grade, when boys start recording lower reading scores than girls. These gaps continue to permeate and grow through secondary school and eventually result in differences in university enrollment rates. In the United States, for example, girls are increasingly more likely to attend and graduate from post-secondary schools, with nearly 60% of U.S. college students being female.

A recent IZA Discussion Paper by UC Davis researchers Lester Lusher and Vasil Yasenov provides evidence on how gender differences in sleep cycles can help explain this gender performance gap. The authors exploit over 240,000 assignment-level grades collected between 2008 and 2014 in a community in Eastern Europe where students’ schedules alternated between morning and afternoon start times each month due to facility constraints. Relative to girls, they find that boys benefit from the later start time. For classes taught at the beginning of the school day, their estimates explain up to 16% of the gender performance gap.

The researchers explain these outcomes by pointing to sleep studies which suggest that circadian rhythms predispose boys to sleeping later and waking up later, and that girls cope with sleep deprivation better than boys. Given the widespread sentiment that students are not getting enough sleep, these studies suggest that early school start times could be especially detrimental to boys. This raises the question of whether school start times could be handled more flexibly.

Catering to larks and owls

In a recent interview for the German daily Die Welt, IZA CEO Hilmar Schneider also discusses the need for more flexible handling of school start times. Regardless of gender, he points out that there are two types of students: “There are larks, who are productive in the early morning, and owls, who need until noon to get going.” But Schneider cautions that introducing adapted starting times that serve both types would require vast investments.

Nonetheless, one potential development could be convenient in this regard: Given that daily working times, in general, have been moved back, it would be much easier for families to cope with later school start times than it was in the past.

Over the last years, sleep deprivation in the educational context has received much attention among researchers in the IZA community. An IZA World of Labor article by Teny Maghakian Shapiro (Santa Clara University) summarizes the growing literature on the effect of school start times on educational performance.

She underlines the importance of changing sleep patterns pupils experience in adolescence, which, in combination with early school start times, leaves secondary school classrooms filled with sleep-deprived students. Evidence is growing that allowing adolescents to start school later in the morning improves grades and emotional well-being, and even reduces car accidents. Even though adjustments would be costly, the article suggests that changing school start times is one of the easiest to implement and least expensive ways of improving academic achievement.