How (lack of) sleep affects our economic behavior 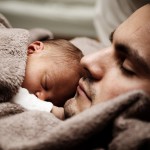 Today is World Sleep Day! As recent IZA research shows, a good night of sleep is not just a matter of individual well-being but has wider implications for social behavior and economic outcomes. So we suggest you get yourself a big cup of coffee and have a look at some of these findings that may lead you to think differently about your own sleep routines.

Economists examine the rational behavior of people (and deviations from it). Rational behavior requires people to be awake so they can tap their cognitive resources. A number of studies published in the IZA discussion paper series shows that insufficient sleep indeed decreases the performance of individuals even in simple tasks.

In a recent IZA discussion paper, David L. Dickinson (Appalachian State University and IZA) and Todd McElroy (Florida Gulf Coast University) analyze the effect of sleep deprivation on interpersonal trust in a controlled lab experiment. 184 test subjects were assigned different sleep schedules over a span of 3 weeks – either a 5-6 hours restricted sleep or an 8-9 hours well-rested schedule. Additionally, the researchers validated the test subjects according to their “circadian rhythm”, i.e. whether they were rather a morning or an evening type. The test subjects were then randomly assigned to either early morning, late evening and intermediate test sessions. In these test sessions, they had to play “trust games” which were used to elicit their contemporary level of interpersonal trust.

The result: Sleepiness, either induced through sleep restriction or through “circadian mismatches” (an evening type forced to play games in the early morning) significantly reduced levels of interpersonal trust, which is known to be a prerequisite for prosocial behavior.

In a related experiment, Dickinson teamed up with Marco Castillo and Ragan Petrie from George Mason University to examine how sleep deprivation, again induced through circadian mismatches, affects choice consistency and risk preferences in simple risky choice games. Experimentally-induced sleep deprivation was shown to significantly alter the risk preference of the players, with sleepy players displaying a larger willingness to take risks.

Going beyond the lab in their new IZA discussion paper, Oxford University researchers Osea Giuntella and Wei Han with Fabrizio Mazzonna (Università della Svizzera italiana) show that this relationship between sleep deprivation and cognitive skills also holds in a large health survey, the Chinese Health and Retirement Longitudinal Study. They exploit a quasi-experiment by using differences in sunset.

The idea: Due to circadian rhythms, the human body reacts to environmental light producing more melatonin when darker. Thus, when sunset occurs at a later hour, individuals tend to go to bed later. Because of the geographically broad single standard time zone of China, there are large differences in both sunrise and sunset time between cities, which the researchers can use to assess the effect of sleep on cognitive outcomes.

Increasing sleeping time by one hour significantly increases the scores reported in cognitive tests measuring mental and numerical skills: A one-hour change in sleep duration produces effects on cognitive outcomes ranging from 0.4 to 0.6 standard deviations, a result that is primarily driven by rigid working schedules of the urban population.

In a related study, Guintella and Mazzonna conduct a similar quasi-experiment using the broad time zone of the US to assess the effects of insufficient sleep on general health status and obesity. Again, comparing individuals living on the eastern side of a time zone who go to bed later than comparable individuals living on the opposite border (while working schedules do not account for differences in sunset), they find that sleep deprivation increases the likelihood of reporting poor health status and the incidence of obesity.

The authors conclude that many individuals suffer from a misalignment between social and biological time. Behaviors like eating late, exercising less and dining out contribute to these effects of sleep deprivation on health.

This effect of sleep on health is in part complemented by an IZA discussion paper by Cornell University researchers Lawrence Jin and Nicolas R. Ziebarth, who assess the health effects of daylight saving time using a large data set on hospital admissions in Germany and the US. Their finding shows virtually no effect of “springing forward” in time by one hour in spring.

Contrarily, though, they find an increased share of people reporting excellent health and a sharp decrease of about 8 hospital admissions per 100,000 population on days 1 to 4 after “falling back” one hour in fall, which indicates that sleep may lead to significant, immediate health improvements for people on the margin to getting hospitalized.

Getting up early to go to school may be the most commonly experienced situation in which the effect of sleep deprivation becomes apparent. It is thus not surprising that sleep deprivation in the educational context has received large attention among researchers. Teny Maghakian Shapiro (Santa Clara University) summarizes the growing literature on the effect of school start times on educational performance in a recent IZA World of Labor article.

Opponents cite costly adjustments to bussing schedules and decreased time after school for jobs, sports, or other activities as reasons to retain the status quo. In sum, however, the IZA World of Labor article suggests that changing school start times is one of the easiest to implement and least expensive ways of improving academic achievement.

Sleep and the labor market

While it is likely that this negative impact of sleep deprivation also affects individual performance on the job, Christian Pfeifer (Leuphana University Lüneburg and IZA) takes a different perspective on the relationship between labor markets and sleep.

According to his recent IZA discussion paper, working conditions significantly affect sleep quality. More specifically, he shows that employees who perceive their wage as inappropriate or unfair have a 10 percent lower probability to report a “normal” length of sleep (8-9 hours) and a 36 percent higher chance of being diagnosed with sleep disorders.