Do employers care where you’re from?

In the last two decades, economists’ interest in social networks has increased dramatically. This has come with a parallel awareness that putting humans in their social context is not only a matter of embellishing theoretical models with human behavior but can also be a potentially powerful tool for understanding how market forces work in many economic transactions.

Social interactions and connections affect the way information spreads between individuals and the way people perceive themselves relative to their peers, ultimately shaping the way they form decisions. Thus, belonging to the “right” network, by chance or purposefully, can make a significant difference in many circumstances but especially when an unanticipated shock suddenly changes plans.

One such unpredicted event studied by Tommaso Colussi and Livio Romano in their new IZA Discussion Paper is the case of a worker whose company gets acquired and is now forced into a new employer-employee relationship. Does the worker’s social network determine whether she will retain her job in the acquired company? Will the wage offered by the new company be affected? 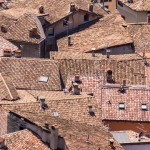 By relying on a rich matched employer-employee dataset from the social security records of the Italian region of Veneto, the authors investigate whether the employer of the acquiring company systematically shows preferential treatment for workers coming from the same hometown.

Because of the randomness of the potential matching of the new employer’s city of birth with the existing employees of the acquired company, the researchers are able to isolate the importance of, and ultimately the job premium placed on, this factor in the new employment relationship. They find that regardless of the worker’s observed characteristics, being from the same city of birth as the new employer increases the probability of keeping the job after the takeover by about 2.7 percentage points, which accounts for about 4% of the average probability of staying at the firm.

On the other hand, localism is not found to systematically affect the wage dynamics of those workers that retained their job after the takeover.

Managers, especially from smaller towns, benefit more than others

However, there is significant heterogeneity in the observed results depending on the characteristics of workers, firms and the network. The likelihood of retaining the job after the takeover is five times larger for managers as compared to blue and white collar workers; this effect increases with the size of the acquired firm, but decreases with the size of the community of origin (i.e., when both come from a bigger city, the effect is not as strong). Moreover, after the takeover, there is evidence of a wage premium for managers and trainees, but not for blue and white collar workers.

The paper also analyzes whether the effect of a local social network is beneficial or detrimental for the acquiring company’s performance. Colussi and Romano find, consistent with the idea that the existence of a community network in the labor market reduces the costs of the employer’s potentially “wrong” hiring decisions, that localism has a positive impact on the probability of survival of the acquiring companies.

Note that an older IZA Discussion Paper also found that business partners are more likely to close a deal when they speak in the same dialect.