Does modern technology slow down employment growth after recessions? 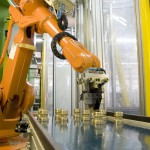 In the last 25 to 30 years, recoveries from recessions in the US have been plagued by weak employment growth. While before 1990 employment growth during the two years following a recession was a little over five percent, it has been just under one percent since then. One possible explanation for the slower recovery of jobs is related to technological change.

A 2012 landmark paper on job polarization in the US found that middle-skilled jobs, those usually involving routine tasks that are particularly susceptible to replacement by new technologies, may be destroyed permanently during recessions. The displaced workers from these jobs are then forced into time-consuming transitions to different occupations and sectors, resulting in slow job growth during the recovery.

This phenomenon of labor market polarization (or “hollowing out” of middle-skilled jobs) has attracted widespread attention and contributed to the ongoing debate on the impact of technological change on labor markets. While much of the focus has been on the United States, Georg Graetz (Uppsala University and IZA) and Guy Michaels (London School of Economics and IZA) investigate in their recent IZA Discussion Paper whether labor markets in other countries have also been slow to pick up after recessions, and if modern technology could be to blame.

“Jobless recoveries” a US phenomenon

The results suggest that technology has not impeded job growth in recoveries outside the US. While GDP recovered more slowly after recent recessions in the countries under study, employment did not. Neither employment in industries more exposed to technological change nor middle-skilled employment experienced slower recoveries.

These findings pose a puzzle as to the nature of poor employment trends seen during recent recoveries in the US. Graetz and Michaels point to two possible explanations. The first is related to the differences in technology adoption found in previous studies. The second possible explanation appeals to US-specific policy and institutional changes: Unemployment benefit extensions, which increase workers’ reservation wages, may slow down employment growth during recoveries. Moreover, the declining role of unions may have facilitated the substitution of workers during recessions and recoveries. The authors stress, however, that further research is needed to establish the relative merits of the technology- and policy-based explanations. 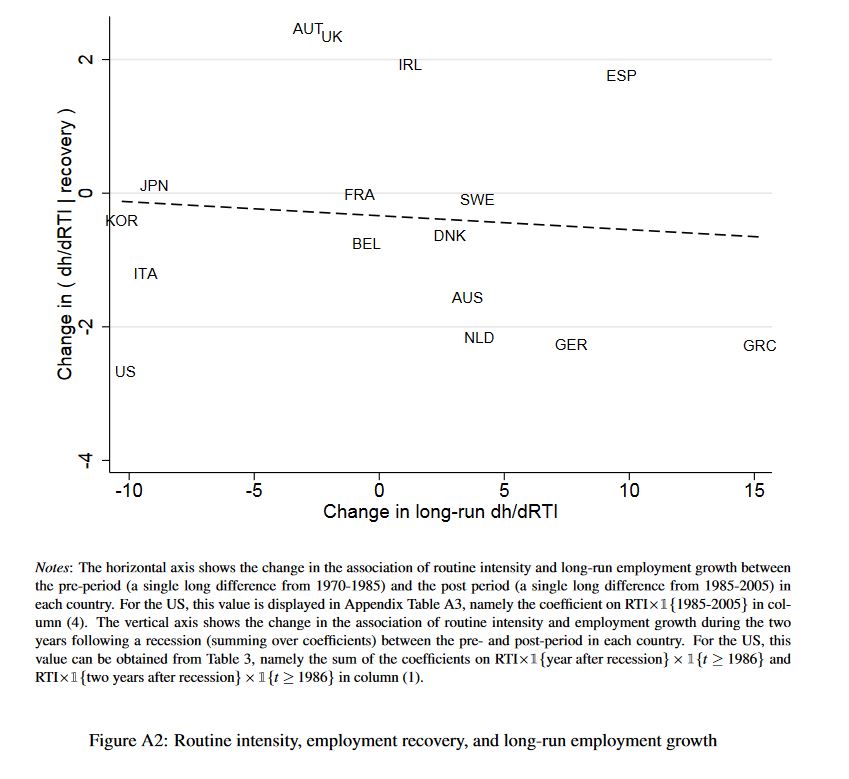