Economic activity and the spread of viral diseases 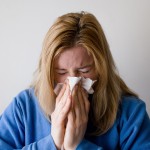 Viruses are a major threat to human health. Over the last century, they were responsible for many more deaths than all armed conflicts that took place during that period. From an economic point of view, virus-induced sicknesses hinder economic activity and impose huge costs on society through premature deaths, hospitalization and loss of productivity. But vice versa, economic activity influences the spread of viruses, by increasing interpersonal contacts and social interaction.

In a new IZA discussion paper, Jérôme Adda (Bocconi University) addresses such unintended consequences of economic activity on the spread of infections, and whether counter-measures that limit interpersonal contacts are cost-effective methods to prevent the spread of viruses through social interaction.

To answer these questions, he uses novel high frequency data from France on the incidence of a number of viral diseases such as influenza, gastroenteritis or chickenpox. This data provides insights about the spread of these diseases across space and time, for different age groups, and over a period of a quarter of a century.

Closing down schools has a marked effect on the propagation of diseases, especially among children, but also for adults. The effect on elderly individuals is mixed, with increasing propagation rates in the case of gastroenteritis. Similar results are found in the case of public transportation. Expansions of transportation networks have significant health costs in increasing the spread of viruses and that propagation rates are pro-cyclically sensitive to economic conditions and increase with inter-regional trade. Temporarily shutdowns tend to reduce the transmission of viruses.

But the author is cautious in evaluating the cost-effectiveness of such shut-down policies in education and public transport. Shut-downs of transportation networks and schools come with significant additional costs for the population and would only be cost-effective in the case of particularly virulent or deadly strains.