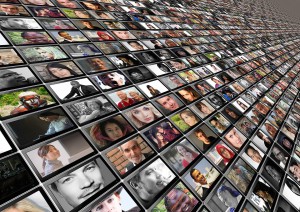 What many have already suspected has now been scientifically proven: Employers are screening job candidates through Facebook. In fact, your Facebook profile picture affects your callback chances about as strongly as the picture on your resume. This is the finding of a new IZA discussion paper by Stijn Baert (Ghent University).

Employers have very limited information when they make their first selection of applicants for their vacancies. A CV and short motivation letter may provide little insight into the personality of the candidates. In contrast, nowadays, the internet offers a lot of information to further refine a first impression. One potential source of information is the social networking website Facebook.

The research team from Ghent University examined on a scientific basis whether employers actually use Facebook during a first screening. They sent fictitious application letters in response to genuine vacancies. Entering the names of these fictitious job candidates in the Facebook search bar or in Google led exclusively to one of four fictitious Facebook profiles controlled by the research team. Only the Facebook profile picture was publicly visible. The four photos used varied in terms of physical attractiveness and apparent personality traits.

The researchers then compared the chances of positive responses for applicants with different Facebook profiles. The respective picture was viewable on Facebook but not included in the application letter. The candidate with the most favorable Facebook profile picture received approximately 21% more positive responses compared to the candidate with the least favorable profile picture. The chances to get an immediate invitation to a job interview even differed by almost 40%. “Given that these strong differences can be driven only by the Facebook profile picture, it is clear that many employers screen via Facebook,” says Stijn Baert.

The results also show that highly educated applicants are more likely to be screened via Facebook than the less educated. Contrary to what one should expect, occupations with regular customer contact are not more prone to Facebook screening than others.

In a parallel experiment, the researchers added the Facebook profile pictures of the first experiment to the CVs of applicants whose names did not lead to a (unique) Facebook profile. The differences in attractiveness and personality had about the same impact in terms of callback rates as when they were posted on Facebook.

The fact that employers are screening via Facebook does not imply that this is ethically and economically justified. Regarding the ethical side, employers should not be blamed since it is the responsibility of those who use social networking sites to manage their privacy settings and keep track of what information they make public. On the other hand, anti-discrimination laws may apply. In Belgium, where the experiment was conducted, a 2007 federal law prohibits unequal treatment of applicants on the basis of information gathered on ethnicity, religion, sexual orientation, health status and related characteristics.

From an economic perspective, screening via Facebook seems efficient. “Facebook allows employers to collect information on job candidates in a quick and easy way. Moreover, international research suggests that the impression gained on Facebook reflects the person’s actual personality traits and not their self-idealization,” says Stijn Baert.

How the experiment was set up

Within the framework of the study, a total of 2,112 job applications were sent out in response to vacancies in various sectors of the Flemish labor market. For each job opening, a pair of male graduates with degrees in commerce, business administration, or applied economics was constructed.

The CVs and motivation letters differed in detail and layout but were similar in productivity-influencing characteristics. The only substantial difference was the candidate’s name (first part of the experiment) or picture (second part). These features were randomly assigned to the application pairs. The photos used were selected for their different scores in attractiveness and personality (with a focus on conscientiousness) as recorded in an earlier study (IZA DP No. 7847) on the importance of these features in the labor market.

This study is the first to directly measure the impact of Facebook profiles on hiring chances. Previous research relied mainly on surveys of employers about their Facebook use. The results of such research may be distorted because reported attitudes may deviate from actual hiring behavior, and using social media does not mean letting social media affect hiring decisions.