The study by Reed Walker (UC Berkeley) on “The Transitional Costs of Sectoral Reallocation: Evidence from the Clean Air Act and the Workforce” (Quarterly Journal of Economics, 2013) is recognized with the 2015 IZA Young Labor Economist Award. The author received the award at the IZA reception held during the ASSA Annual Meeting in San Francisco earlier this week. The key findings from the award-winning paper are summarized below. 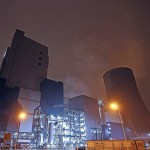 Environmental policy pertaining to air pollution has been estimated to have large health benefits. However, these policies also come with costs. Production is typically reallocated away from newly regulated industries to other sectors and locations, and this creates a broad set of private and social costs. In terms of labor inputs, this reallocation is often framed in terms of “jobs lost,” and the distinction between “jobs versus the environment” is one of the more politically salient aspects of these regulations.

However, workers often find new jobs elsewhere, perhaps in different locations and/or industries. If workers simply transition from one employer to the next without significant earnings loss, then job loss should not be considered a cost when evaluating policy. If workers lose job- or industry-specific skills and/or experience long periods of unemployment following job transitions, the cost of reallocating the workforce could be quite large. There also may be costs to workers who remain in these potentially less productive industries.

Shift in production and employment away from polluting sectors

The paper by Reed Walker uses newly available longitudinal data on workers and firms to estimate the incidence of regulation-induced worker reallocation stemming from the 1990 Clean Air Act Amendments (CAAA) in the United States. The 1990 CAAA created a new class of pollution standards and strengthened existing standards so that many areas of the United States fell under a new regulatory regime. These regulations led to a sectoral shift in production and employment away from newly regulated, polluting sectors. The empirical framework estimates the effect of this regulatory shock on the evolution of earnings for the workers in newly regulated plants.

In doing so, the paper offers an approach to characterizing the costs and consequences of external labor market innovations when production and workers are not instantly reallocated elsewhere within the economy. Using the confidential Longitudinal Employer Household Dynamics (LEHD) data set from the U.S. Census Bureau, Walker is able to follow workers across their jobs over time to explicitly incorporate two substantive features of labor market adjustment that are typically studied in isolation: the wage costs borne by workers who remain in the newly regulated, now less productive sector and the long-run earnings losses for those who leave the sector

Although the empirical setting pertains to environmental regulations, the analysis relates to a large literature on the costs and incidence of labor market adjustment to external factors, such as trade, immigration, or innovations in labor demand. Traditionally, work in this area examines how prices in industries or regional labor markets respond to external labor market shocks, and then the estimates are used to back out a measure of welfare or incidence.

Reallocative costs are significant, but pale compared to health benefits

In contrast, the study observes and estimates both worker-specific nonemployment durations and any long-run earnings changes associated with the reallocation of production and workers. In doing so, the paper provides an empirical framework for better understanding the distributional implications associated with the short- and medium-run reallocation of the labor force in the context of external labor market innovations.

The average worker in a regulated sector experienced a total earnings loss equivalent to 20% of their preregulatory earnings. While these one-time transitional costs are substantial for the affected workforce, they pale in comparison to the contemporaneous and future health benefits of the 1990 Clean Air Act Amendments.

Quarterly Journal of Economics, 2013 The Transitional Costs of Sectoral Reallocation: Evidence from the Clean Air Act and the Workforce Reed Walker