Unemployment insurance (UI) schemes face a dual challenge: By partly replacing forgone labor income, they should enable unemployed individuals to actively search for re-employment, while on the other hand they have to ensure that job seekers are not incentivized to lower their search effort. 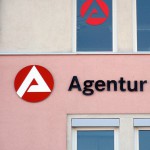 The disincentive effects of unemployment insurance systems have been well identified by empirical research. In a nutshell, evidence has demonstrated that extensions of the benefit duration or increases in the benefit level significantly extend job seekers’ spells of unemployment, irrespective of worker characteristics or institutional characteristics of the labor market.

These increases in unemployment duration are commonly attributed to reductions in search effort or higher reservation wages, the lowest wage at which a worker would be willing to accept a job. However, direct empirical evidence regarding the importance of these channels in contributing to this aggregate effect on unemployment is sparse.

A recent IZA Discussion Paper by Andreas Lichter addresses this question more explicitly by exploiting variation in the potential benefits duration for one specific group of job seekers as well as individual-level information on short-run job search behavior.

The variation in the potential benefit duration was the result of an unexpected and rapidly-implemented policy reform in Germany in late 2007. In short, the respective legislative reform, which was motivated by social justice concerns and political-economy considerations, extended the potential benefit duration for eligible job seekers aged 50 to 54 by twelve weeks (from twelve to fifteen months), while younger job seekers remained unaffected.

Using information from the IZA Evaluation Dataset Survey, a dataset covering a large sample of individuals registering as unemployed at the German Federal Employment Agency just prior to and after the reform (June 2007 to May 2008), the study investigates changes in the job search behavior and the associated job finding rate with respect to this policy change.

To disentangle the actual causal effect of lengthening the benefit duration from other changes coinciding with the reform, Lichter applies what economists call a Difference-in-Differences approach: Mimicking the experimental standard of treatment and control groups, he compares changes in the search behavior and job finding rate of individuals affected by the reform with the job search behavior of slightly younger individuals aged 45 to 49, who were not affected.

The results show that job seekers aged 50 to 54, who were subject to the more generous benefit scheme, significantly reduced their search effort while their stated reservation wages remained unaffected. Search effort declined by an average of around 1.8 applications per week (or 60% of a standard deviation in total applications) and was found to be substantially smaller in areas with low unemployment, i.e., in labor markets where reductions in search effort appear to be less costly.

In line with standard job search theory, the study further shows that this overall reduction in search effort is accompanied by a significant decrease in the short-run job-finding rate. Evaluated at the mean, a ten percent decrease in the number of applications is found to lower the short-run job finding probability by around 1.3 percentage points.