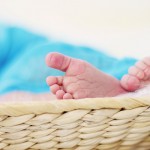 The safety of home births for low-risk women is a hotly debated topic in the Western world. In this context, the Netherlands stands out as one of the few developed countries with a health care system geared toward home births, with one-third of all low-risk deliveries taking place at home. This makes it one of the best settings to study the safety of home births. A new study finds that encouraging home births may come at the cost of higher infant mortality, at least for mothers living in poorer areas.

The study shows that home births lead to higher infant mortality among the poorer half of Dutch women. The researchers suggest that the infant mortality rate may be lower in hospitals because of the availability of advanced medical treatments (such as neonatal intensive care units). In the richer half of the Dutch population, on the other hand, home births are as safe for the child as hospital births. The researchers therefore emphasize that the results cannot be generalized to all Dutch women.

Careful assessment of risks due to home and hospital birth

One of the major challenges when investigating the effect of home births is that even among low-risk women, those who give birth at home or in a hospital may have different risk factors, with riskier deliveries usually taking place in the hospital. Therefore, babies born in a hospital often have more health problems than babies born at home and simple comparisons of these two groups are misleading.

In the present study, the researchers came up with an innovative solution to circumvent this problem. They noticed that some women gave birth at home or in a hospital depending on how far they lived from the nearest obstetric ward. The researchers then compared two groups of low-risk women who were identical, except that the women in one group had a higher probability of delivering in a hospital only because they lived closer to a hospital.

This study demonstrates that home births can lead to higher infant mortality for certain women, even in a country where the health care system is geared toward home births. In the context of the Netherlands, these women are those who live in the poorer half of the country and whose decision to deliver in a hospital or at home is affected by how far they live from the nearest hospital. The authors emphasize that no conclusion can be drawn for other groups.