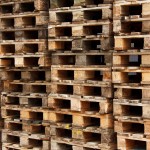 It is widely believed that certain types of workers suffer from globalization since firms’ international engagement might lead to lower job security and lower bargaining power in wage negotiations. In particular, low-skilled workers are seen as the losers of globalization in this respect. In a new IZA discussion paper, Andreas Lichter, Andreas Peichl and Sebastian Siegloch test this belief empirically by looking at the effects of firms’ exporting behavior on the workers’ potential to claim higher wages in Germany. In line with common belief, the authors show that the higher the exports of a firm, the higher the competition in the product market and the lower the scope for wage increases of the workforce. Yet, they do not find evidence that low-skilled workers are particularly negatively affected. The findings of the paper could also explain the stylized fact that workers employed in exporting firms generally receive higher wages than employees in non-exporting firms: Besides reflecting differences in firm productivity, the wage premium could also serve as a compensation for higher job insecurity of the workforce and lower upward mobility of wages.