“Sex in Marriage is a Divine Gift” – but for whom? 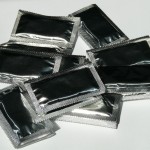 High fertility rates are often seen as a major cause of persistent poverty, especially in developing countries. The reason: a rise in family size is expected to reduce the money and time that parents can invest per child. A new IZA discussion paper by Christelle Dumas and Arnaud Lefranc explores this hypothesis by estimating the effect of family size on child education in urban Philippines. In the late 1990s, the mayor of Manila enacted a municipal ban on modern contraceptives in the capital. At the same time other comparable cities in the Manila metropolitan area were not affected by the ban. This policy change allows the authors to implement a research design similar to a laboratory experiment using a treatment (Manila) and a control group (the other cities). First, the authors find that the contraceptive ban led to a significant increase in family size. Second and in line with the hypothesis, the results show that increased family size leads to a substantive decrease in the children’s school performance.

IZA Discussion Paper No. 7503 "Sex in Marriage is a Divine Gift": For Whom? Evidence from the Manila Contraceptive Ban Christelle Dumas, Arnaud Lefranc