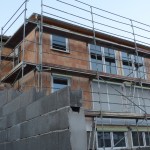 People looking to buy and sell homes in areas with large concentrations of Asian immigrants may benefit from a crash course in Chinese numerology. In many Chinese dialects, the word for “four” is a homonym for death, and “eight” sounds like wealth and prosperity, these differences may seem like interesting quirks or cultural cues. But if you’re holding real estate in a neighborhood that has experienced a Chinese influx in recent decades, they are no laughing matter: the last digit of your address could literally cost you or earn you extra thousands of dollars. A new IZA Discussion Paper by Nicole Fortin, Andrew Hill and Jeff Huang looks at five years’ worth of single-family dwelling sales—nearly 117,000 transactions—in the Greater Vancouver area of British Columbia, and isolates the interaction between the fateful addresses and local ethnic Chinese concentration using data from the Canadian Censuses. The authors find that homes addresses ending with lucky eights sold at a 2.5 per cent premium, while unlucky fours sold at a 2.2 per cent discount in neighborhoods with a higher than the 18 percent average Chinese concentration. Consistent with speculative behavior, the paper shows similar effects in repeated sales outside of Chinese neighborhoods. Wanting to exploit these quirks further, you are not alone; so many homeowners with ill-fated addresses have had their addresses changed so that unlucky fours have almost disappeared in some Chinese areas and city-councils are reviewing their address change policies.