How the “bobos” change cities and raise commuting costs

How do the “bobos”, the new leftist bourgeoisie populating Western capitals’ city centers, alter the character and the policies in those cities? A new IZA discussion paper by Gilles Saint-Paul (Paris School of Economics and IZA) provides a theoretical model that explains the consequences of the bobo takeover: greater investment in urban amenities, socialized recreational events and “clean” means of transport, such as public transport and bike sharing. But these perks come at a price: The costs of housing and commuting by car go up. Saint-Paul proposes that bobos should subsidize social housing in their cities because ultimately everyone would profit from a greater level of social equilibrium in the cities.

The term “bobo” stands for “Bourgeois Bohème” and was 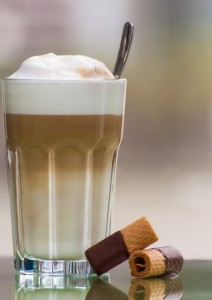 coined by David Brooks (2000) in a famous book about the rise of a new knowledge elite. This new kind of bourgeoisie is generally considered as prevalent in globalized capital cities, and its lifestyle and political attitude stands in contrast to that of the traditional bourgeoisie. While bobos are likewise a politically powerful group, they generally support environmentalists and socialist parties. They have been instrumental in bringing about left-wing governments in municipalities such as Berlin, Paris or San Francisco, despite the relatively high economic status of this social class. The political consequences of the bobo takeover are recognizably different from the ones implemented both by the right and by the traditional left. They focus on:

While many might consider these policies as positive, the advent of the bobo has also provoked resistance. Rising housing prices have pushed the intermediate classes out of the city centers and into the periphery. Saint-Paul’s paper provides a “purely economic perspective” on the effects of this bobo takeover. Instead of just assuming that bobos are a new kind of individuals with their own preferences, he attempts to explain them as a consequence of technological developments. The paper focuses on the relative roles of, and conflict of interest between, two kinds of bourgeoisie: The skilled workers of the old economy versus the skilled workers of the new economy (bobos). The former work in activities that are more land intensive, while still preferring to live in a city center. As a result they derive more utility from commuting and are less willing to raise commuting costs in order to improve urban amenities than the bobos.

As the new economy grows faster than the old economy, the bobos overtake the cadres as the politically decisive group in the city. As a result, the level of urban amenities goes up and so do transportation costs for car users. Saint-Paul also shows that it may be profitable for the decisive bobo class to subsidize locations for lower class unskilled workers in the city, even in the absence of any altruism toward them or intrinsic taste for a socially diverse makeup of the city. Such subsidies would force the economy to settle in a “bunkerized” equilibrium, in which the service providers to city dwellers are located in the city, so that the price of services no longer goes up with the amenity level. As a result, ex-post there is no cost to raising the amenity level in the city, and the resulting political equilibrium involves the highest possible level of amenities, while commuting has disappeared.

Finally, Saint-Paul provides evidence from France, where urban areas with the highest investments in amenities are those that (i) had a greater employment share in the new economy initially, (ii) experienced the fastest growth in house prices, and (iii) tended to have a greater increase in service employment as well as the proportion of inhabitants in public rent-controlled housing.