How to promote entrepreneurship

Entrepreneurship has been shown to account for a large share of job creation and to promote innovation and growth. Hence it is no surprise that governments seek to encourage the 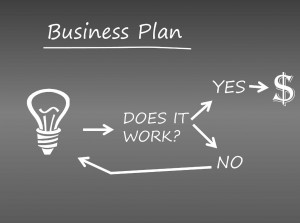 formation of new businesses and to create favorable circumstances for them to flourish. In doing so, policies must strike the right balance between supporting the newly founded enterprises and keeping them competitive enough to survive in the long term. Several recent IZA articles deal with conditions and strategies that policymakers should bear in mind when promoting the creation of new businesses.

In his IZA World of Labor article, Ramana Nanda (Harvard Business School) points out that a sizable proportion of net job creation and productivity growth comes from the continuous process of firm entry and exit, as new, more efficient firms replace existing ones. In this process of “creative destruction,” young firms play an exceptional role. On the one hand, they are responsible for a large share of newly created jobs, but they also account for a substantial portion of job destruction as the result of being more likely to fail. Thus, when governments provide loan subsidies and grants to small businesses, it becomes almost impossible for governments to predict which firms will succeed.

Nanda advises governments not to pick “winners” themselves, but instead to create an enabling environment for entrepreneurs, banks, and investors. High legal protection for investors and entrepreneurs increases the willingness of financial intermediaries to finance upcoming enterprises. Flexible labor markets and uncomplicated business entry regulations have also proven to increase the success rate of start-ups. Moreover, a growing body of research has found that small or decentralized banks have a comparative advantage in evaluating businesses by using so-called “soft” information such as regular personal interaction.

Since most entrepreneurial start-ups have a high risk of failing, providing a strong social safety net can also encourage entrepreneurship and experimentation by buffering the consequences of failure. In addition to measures that facilitate the most efficient allocation of resources, governments can also accelerate the growth of technological firms by playing the important role as a customer of new technologies.

From a government’s perspective, it is therefore important to understand these effects and the underlying mechanisms when designing legislation on corporate income taxation. For example, with regard to countries that have low-quality accounting standards, Block suggests that lowering taxes to increase entrepreneurship rates should be accompanied by an effort to improve the quality of accounting standards.

The IZA World of Labor article by Siri Terjesen (Norwegian School of Economics) looks at female entrepreneurs and outlines the conditions for facilitating high-potential female entrepreneurship. While one-third of the world’s entrepreneurs are women, regional participation rates vary substantially. Hence, Terjesen recommends tailoring strategies aimed at promoting female entrepreneurship to each national and regional context. While in Latin America policies should seek to improve the focus on exports, East Asian countries are advised to target the improvement of women’s start-up knowledge and confidence in their start-up skills. Sub-Saharan African countries should aim to improve women’s access to banking and offer more training in financial components.

Access to finance is a general problem for female entrepreneurs, as most businesswomen have lower levels of initial financial capital than their male counterparts. Because capital for female start-ups is more likely to come from informal sources, such as their own savings or loans and gifts from family and friends, governments should improve women’s access to financing through banks, business angels, and venture capital firms. Another policy recommendation is to expand social capital to give women more direct access to entrepreneurial mentors and start-up networks and ensure that women have the same rights as men to work and travel freely.

Who is born to be an entrepreneur?

The role of personality in entrepreneurship is explored in a recent IZA Discussion Paper by Jutta Viinikainen (University of Jyväskylä) and co-authors. Their paper analyzes whether the so-called Type A behavior traits (aggression, leadership, responsibility, and eagerness-energy) measured among adolescents are predictive for becoming and succeeding as an entrepreneur in adulthood. The results indicate that among the four Type A behavior traits, only the adolescents’ leadership characteristics are relevant for their adult entrepreneurial propensity.