The perfect moment to score a goal? A football myth debunked

It is often thought that a goal just before half-time serves as a morale-booster and will increase a team’s chances of winning. However, a new IZA Discussion Paper by Ghent 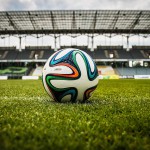 University researchers Stijn Baert and Simon Amez suggests that the effect may actually work in the opposite direction: If a home team scores just before half-time, it often scores less after half-time and ends up, on average, with a lower goal difference.

Analyzing 1,179 games played in the UEFA Champions League and the UEFA Europe League between September 2008 and May 2014, the authors show that this football myth does not stand up to the data. For a given score at half-time, a goal just before half-time does not have any statistically significant effect on the chances of winning.

“Furthermore, when a home team scores a last goal between the beginning of minute 45 and the end of the first half, instead of any different moment, they see the final goal difference at the end of the game drop, on average, by half a goal”, says Stijn Baert. For an away team the effect of a goal just before half-time on the final goal difference is statistically insignificant.

In the search for clarification of these surprising findings, the results were evaluated by national and international sport psychologists. They seemed less surprised. A first possible explanation is that a goal just before half-time leads to what is known as “decompression.” The healthy pressure of the game ebbs away, consciously or unconsciously, and causes a loss of concentration, resulting in less tension, and thus less effort put forward by the players.

This first explanation is corroborated by further findings in the paper. Simon Amez notes, “A home team that scores a goal just before half-time—all other elements kept equal, including the score at half-time—has less chance of scoring another goal after half-time and, specifically, less chance on being the first team to score one.”

A second explanation has to do with a growing confidence and self-awareness that a (home) team can experience when, applauded by the (home) audience, it can go to the dressing rooms with a goal that was just scored. This can lead to overestimation. Furthermore, this higher level of self-awareness can result in more (negative) pressure.

A final explanation is linked to tactical changes that the coach suggests during half-time. The positive emotions after a goal possibly obscure his evaluation of the level of competition between the teams.

A different and less common football myth is that another ideal moment to score is just after half-time. This would hypothetically give a boost to the scoring team, and provide a great confirmation of the strategy made during half-time. Likewise, this myth cannot be backed up by the data. For a given score after 50 minutes in the game, the scoring or not scoring of a goal within five minutes after half-time has no effect on the victory and the goal difference of a team.

But economists are not only interested in financial matters. Researchers also benefit from the excellent development in the availability of data on individual and team performance, which allows them to analyze the factors that actually make the difference between winning and losing. This has important implications for personnel economics, particularly with regard to motivation, teamwork and performance incentives.

Previous IZA papers have shown, for instance, that a red card does not have any effect on the chances of victory and that the replacement of a coach does not necessarily lead to improvement of the team’s performance. Others looked at goal-scoring in the “dying seconds” of international football matches, or the influence of social pressure on football referees. More recently, IZA research found that air pollution has a significant effect on player performance.

IZA Discussion Paper No. 9980 No Better Moment to Score a Goal than Just Before Half Time? A Soccer Myth Statistically Tested Stijn Baert, Simon Amez