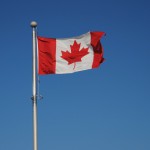 Immigrant women in the labor market have long been viewed as “secondary workers” who work in unskilled jobs, mainly as a response to family needs and to support their husbands’ skills upgrading. As household financial constraints ease with men’s assimilation in their destination country, women’s labor market participation is expected to drop again. An IZA Discussion paper by Alícia Adserà and Ana Ferrer on immigrant women in Canada finds that this is no longer true.

The authors combine data of over 800,000 women in Canada for the period 1991 to 2006 with information on the skill requirements of the jobs women hold (such as physical strength or analytical abilities) to examine the labor market patterns of immigrant women. They show that the recent behavior of married immigrant women does not fit the profile of secondary workers, but rather conforms to the recent patterns of native Canadian wives, with rising participation in the labor market and wage gains as they stay longer in Canada.

Immigrant women’s behavior displays a path of assimilation similar to that of immigrant men. They increasingly make labor supply decisions guided by their own opportunities in the labor market rather than by their husbands’ trajectories. At best, only uneducated immigrant women in jobs requiring very basic skills may fit the profile of secondary workers with slow skill mobility and low-status job-traps.