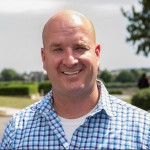 Hostile attitudes of majority members towards ethnic, racial or social minorities are of major concern for policymakers and researchers alike. In his talk in the IZA Research Seminar, Scott E. Carrell (University of California, Davis) presented compelling evidence for the malleability of such attitudes: Attitudes are not fixed, but can be affected through social inter-group interaction.

We took the opportunity to talk to him about the attitudes towards minorities and options for public policy.

Economically speaking, what’s so bad about hostile attitudes towards minorities?

Carrell: Clearly, from a social perspective, hostile attitudes towards minorities are not optimal for those individuals being negatively affected. From an economist’s point of view, discrimination affects economic efficiency. For instance, when discriminatory firms fail to hire productive minority workers, the firm and economy produces less than it should. Similarly, minorities who face a discriminatory labor market will under-invest in skills (e.g., education) that would make them more productive.

Your results sound rather optimistic: Attitudes are malleable. What kind of interventions do you recommend?

Carrell: It is difficult to say what kind of specific interventions will work outside of the context of our study. However, our findings do suggest that creating positive interactions between groups will positively affect racial attitudes towards minorities.

What can policymakers take away from your study with regard to ethnic diversity and segregation?