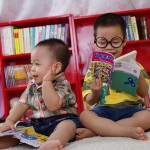 Already at the age of six, children show differences in their educational development. Kids from low socio-economic status families, many with an immigration background, are often unprepared to enter primary school and run the risk of falling behind. Existing research has shown for some time now that small model preschool programs can lead to substantial improvements in school readiness for children from disadvantaged backgrounds, who would otherwise have little access to high-quality early childhood care or education. This initial evidence confirmed on a small scale that preschool can be an effective way to reduce inequality. But the question has always been whether universal programs provided at scale could also deliver on that promise.

As Jane Waldfogel (Columbia University) shows in her IZA World of Labor article, the answer is yes. Publicly provided preschools can strongly reduce such inequality in child development and yield long term positive effects for disadvantaged children. Recent studies show that adults who come from disadvantaged backgrounds and profited from preschool programs in the 1970s and 1980s, have achieved better academic results and underwent a more stable social and emotional development than those without preschools. Assessments from newer universal preschool programs in several US states and cities point in the same direction and complement the evidence on the long-term effectiveness of large scale universal preschool programs.

But for such programs to be effective, policy makers must coordinate with school policies and provide adequate funding. Waldfogel stresses that effective preschool programs require highly educated and trained preschool staff, reasonable class sizes and low teacher–student ratios. She underlines that investment in such conditions pays for itself, because especially for countries where inequality is high and persistent, such as the US, they both raise students’ overall achievement and reduce social inequality.

Moreover, there needs to be complementarity and coordination between preschool and school policies. If children receive a better and more equal education in preschool, the material that is taught in kindergarten and primary school should build on that knowledge. Finally, Waldfogel calls for broader policy coordination and recommends that other policies, such as those aiming at parenting and income support, buttress preschool efforts.

The IZA World of Labor article by N. Meltem Daysal (University of Southern Denmark) maintains that investments in early childhood conditions should not only target education, but also health. A large body of empirical research shows that adverse health conditions during early childhood have long-term negative implications. If young children experience circumstances such as poor nutrition, illness, in-utero alcohol exposure, iodine deficiency or psychological stress it is likely to negatively affect not only adult health, but human capital accumulation and economic outcomes during adulthood, too.

For example, an analysis of OECD data revealed a negative correlation between low birth weight and average years of schooling (see graph). In her article, Daysal investigated if early-life medical care and public health interventions are able to ameliorate these effects. Reviewing current research, she finds that both types of interventions may benefit overall child health, reduce child mortality and improve long-term educational outcomes. Special programs designed to eradicate certain child diseases or aiming at educating mothers about child nutrition have shown to raise both health and educational conditions such as school enrollment, attendance, and literacy rates.

However, Daysal emphasizes that not all interventions are universally beneficial. While the evidence is convincing for at-risk children, she found only mixed results with regard to the impact on low-risk children. Thus policymakers should carefully consider potential differences in responses to public health programs across population groups and design public health interventions for those who need it most, such as low-educated or low-income parents. Daysal notes that some medical interventions benefit not only the treated children, but also their siblings. These spillovers should be taken into account when designing policies aimed at improving early childhood health.

Featuring high-quality international research on related issues, IZA is holding a workshop on “Education, Interventions and Experiments” this week.