Why UK income inequality has grown faster than you may think 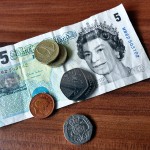 Income inequality levels and trends are increasingly a subject of public discussion and have been analyzed in depth by economists and other social scientists. Major books about inequality receive wide attention, such as Tony Atkinson’s Inequality: What Can Be Done and Thomas Piketty’s Capital in the Twenty-First Century. Most recently, an Oxfam report made global headlines, revealing that the 62 richest people own the same wealth as half the world.

Productive debate about what is happening to inequality requires reliable estimates. Yet, the two main sources of information – household surveys and tax return data – can provide very different estimates of inequality trends. A new IZA paper by Richard V. Burkhauser, Nicolas Hérault, Stephen Jenkins and Roger Wilkins addresses this problem, demonstrating that it is possible to reconcile and combine tax return and survey data in a manner that exploits the strengths of each source, and thereby provide better answers to questions such as: what has been happening to income inequality since the mid-1990s?

Household survey data are used to compile the UK’s income distribution statistics (published in the annual Households Below Average Income reports), and are also the basis of most of the cross-national comparisons of inequality published by Eurostat (using EU-SILC data) and by the OECD (such as in its recent reports Growing Unequal?, Divided We Stand, and In It Together). The other main source of information about inequality is the World Top Incomes Database, which provides estimates of the share of total income held by the richest 1% and other top income groups for many countries around the world, including the UK.

The estimates are based on personal income tax return data but use different definitions than the survey data. On the one hand, tax return data have much better coverage of top incomes than do household surveys, meaning that survey-based estimates under-record how much inequality is rising during periods when top incomes are growing faster than non-top incomes. On the other hand, survey data estimates use fuller definitions of ‘income’ and the ‘income-sharing unit’, and inequality can be summarized using indices that take account of all incomes from poorest to richest.

Combining the strengths of both sources

The new IZA discussion paper provides improved estimates of UK income inequality trends since the mid-1990s, drawing on the complementary strengths of the two sources. Exploiting the flexibility provided by the unit-record survey data, first, the authors reconcile definitions and derive new variables that use the same definitions as in the tax return data.

Second, they combine data, replacing top incomes in the survey with estimates from the corresponding top income groups in the tax data, thereby better capturing top incomes. The UK Department of Work and Pensions has employed similar methods since the early-1990s with its “SPI adjustment”, but the approach by Burkhauser et al. is much more extensive and is benchmarked against the top income share estimates from the World Top Incomes Database.

The study shows that there was a marked increase in UK income inequality in the early 2000s that survey-based (and Households Below Average Income report) estimates do not reveal, and the author’s conclusion is robust to changes in the definitions of income and income-sharing unit and the measures they use to summarize inequality.

In addition, their reconciled and combined data provide more comparable estimates of inequality trends in the UK and US than previous comparisons of these countries in the top incomes literature. The authors hope that this will stimulate further research on how to take better account of top incomes in inequality assessments.

IZA Discussion Paper No. 9718 What Has Been Happening to UK Income Inequality since the Mid-1990s? Answers from Reconciled and Combined Household Survey and Tax Return Data Richard V. Burkhauser, Nicolas Herault, Stephen P. Jenkins, Roger Wilkins Harvard University Press. May 2015. ISBN 9780674504769 Inequality - What Can Be Done? Anthony B. Atkinson Harvard University Press. April 2014. ISBN 9780674430006 Capital in the Twenty-First Century Thomas Piketty Oxfam International. Jan 2016 An Economy For the 1%: How privilege and power in the economy drive extreme inequality and how this can be stopped Deborah Hardoon, Ricardo Fuentes-Nieva, Sophia Ayele OECD Publishing. Oct. 2008 Growing Unequal? Income Distribution and Poverty in OECD Countries OECD OECD Publishing. Dec. 2011 Divided We Stand - Why Inequality Keeps Rising OECD OECD Publishing. May 2015 In It Together: Why Less Inequality Benefits All OECD