Learning from nuns: Catholic schools are not better than the rest 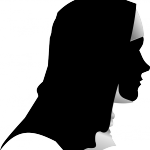 A new IZA discussion paper by Rania Gihleb and Osea Giuntella investigates whether the positive correlation between Catholic school attendance and educational outcomes is actually causal by using a novel approach that exploits an “religious earthquake” occurring in Rome in the early 1960s: With the universal call to holiness and the opening to lay leadership, the Second Vatican Council inadvertently produced a dramatic change in the cost and benefits of religious life and drained Catholic schools of critical human capital. Between 1966 and 1980, the number of Catholic sisters (nuns) was reduced by more than 30% and the share of religious teachers in Catholic schools fell by more than 50%. Because religious teachers were paid, on average, one-third the amount that lay teachers were paid, the sudden and rapid shift in personnel imposed severe financial constraints on Catholic schools and forced many schools to close.