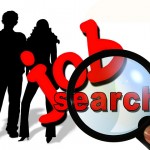 Recent research has shown that employers are reluctant to hire long-term unemployed: the longer job candidates’ unemployment spell, the lower is their chance of a positive reaction. In a new IZA Discussion Paper, scholars from Ghent University, KU Leuven, Vrije Universiteit Brussel, and University of Oxford have investigated why this is the case.

Unemployment as a signal of factors not shown in a CV

The research results confirm what was found in recent experiments with fictitious job applications: job candidates with long unemployment spells get fewer positive call-backs on their applications. Doctoral researcher Eva Van Belle: “Recruiters judging job candidates are confronted with very limited information. They use this information to predict other factors that drive productivity. In this respect, a main finding of our research is that recruiters perceive long-term unemployment as a signal of lower motivation. This turns out to be the most important explanation for the fact that long-term unemployed job candidates are immediately rejected.”

In addition, long-term unemployed are perceived as having lower intellectual and social skills, being less up-to-date with technological changes, and being less trainable. The research shows that these perceptions also drive the lower hiring chances of the long-term unemployed, albeit to a lesser extent than the association between unemployment and motivation.

Recruiters rely on the negative judgment of their colleagues

A final phenomenon at play is what economists call “rational herding”. IZA research fellow Stijn Baert, labor economics professor at Ghent University: “The recruiters in our research concluded that long-term unemployed candidates had often been rejected by other employers. In other words, other employers had found the candidate’s productivity to be low. As a consequence, inviting these candidates for a job interview seemed inefficient.”

The study shows that long-term unemployed might benefit from including as many relevant details as possible regarding their motivation in their job applications. It seems that the focus here should be on work motivation and not on general (social) motivation as an additional analysis showed that the association between unemployment duration and hiring chances could not be compensated by revealing engagement as a volunteer.

The results are based on a state-of-the-art vignette experiment in which 219 recruiters evaluated five fictitious job candidates each. These candidates differed by gender, education level, work experience, social activities, and unemployment duration (from 1 to 36 months). Each recruiter had to evaluate different candidates. The recruiters judged and ranked these candidates in terms of likelihood of job interview invitation (and being hired). In addition, they rated the candidates on eight characteristics (including perceived motivation and intellectual and social skills). By means of an econometric model, the association between unemployment duration and chance of a job interview could be explained by these eight characteristics.