Money to study? Research on motivation and incentives for students 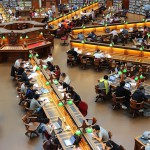 Differences in educational outcomes based on socioeconomic background is a well-documented phenomenon and a key driver of inequalities later in life. Thus, these parities should be of high importance for policy makers. Two recent contributions to the IZA discussion paper series provide insights from behavioral and education economics on how to motivate and incentivize students, especially those from disadvantaged backgrounds.

Simon Burgess (U Bristol, IZA), Robert Metcalfe (U Chicago) and Sally Sadoff (UC San Diego) pursue quite a direct approach to motivate students: they pay them. What makes their study different from previous experiments in this fashion (which produced rather ambiguous results on effectiveness) is that the authors do not pay students for receiving good grades, but incentivize them to increase their inputs in the educational process – attendance, behavior, classwork, and homework.

The experiment includes about 10,000 students in 63 schools spread across England in their final year of compulsory schooling, leading up to the high stakes assessment called GCSE, a gatekeeper exam to progress to university. Schools were randomized into treatment groups, where students receive either substantial financial incentives (up to 80 £ for a half term) or the chance to qualify for a high-value event (e.g., visiting a soccer stadium or theme park), and a control group of schools not offering any incentives.

The results indicate that incentives work best for students at the lower tail of the achievement distribution, mainly through increased effort in classwork. Contrarily, incentives appear ineffective for students who are already highly motivated. The study emphasizes that focusing on average impacts of field interventions might be misleading, however, and rolling out incentive schemes uniformly might result in a cost-ineffective strategy compared to focusing interventions on those students with high predicted responses.

Damon Clark (UC Irvine, IZA), David Gill, Victoria Prowse (Purdue University, IZA), and Mark Rush (U Florida) pursue a more subtle approach of motivating college students. For their study, they conducted a randomized experiment on 4,000 students in which the treatment group was asked to set goals for themselves – either based on their performance (exam scores) or on achieving certain tasks (e.g., the number of completed practice exams). Students were then reminded of their goals several times throughout the term.

The authors argue that in contrast to financial incentives, goal setting is a low-cost and simple intervention that directly addresses students’ lack of self-control. Insights from behavioral economics suggest that simple commitment devices like individually set goals can help to self-regulate behavior and to overcome the lack of self-discipline.

By providing guidance on how to implement incentive designs to reduce educational inequality, both studies are good examples of research that provides robust empirical evidence of very high value for educational policy-making. Financial incentives work, though better for some students than for others, but might be costly to introduce. Behavioral insights hint at low-cost alternatives, such as goal-setting, but these have to be carefully designed to actually affect student behavior.