Most people do not know the amount of their pensions 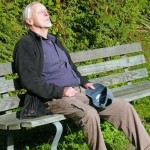 Governments are increasingly concerned about the capacity of pensions systems to meet demands in the coming years. According to the OECD, one part of the policy response in many countries will be greater private provision on the part of individuals through occupational and other pension arrangements. If such a strategy is to work, it requires that individuals are well-informed about pensions. However, there are many reasons to believe that individuals may not be well-informed due to the complexity of pensions systems and degrees of myopia. A new IZA Discussion Paper by Alan Barrett, Irene Mosca and Brendan J. Whelan tests the knowledge of pensions using a representative sample of older Irish people. Looking at people who are enrolled in pension schemes, they find that two-thirds of these people do not know what amount will be paid out. Neither are most people aware of whether the payments will be in the form of lump-sums, monthly payments or both. Women are more likely not to know, as are people with lower levels of education. The findings are important for public policy. According to the authors, one obvious and direct recommendation would be to better inform certain groups. Another approach might be to extend the mandatory elements in pension systems such as contribution rates.