How to motivate workers? Money versus mission 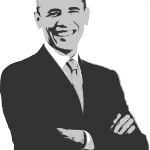 How much harder do people work when they believe in the mission of their organization? And equally important: How much less do they work when they disagree with the mission? To answer these questions, Jeffrey P. Carpenter and Erick Gong conducted an experiment to estimate the effect of missions on worker productivity. During the 2012 US Presidential election, the authors randomly assigned individuals to work for either the Obama or Romney presidential campaign, thus creating both mission “matches” and “mismatches.” Compared to people who do not care intensely about the candidates, the authors find that Democrats or Republicans assigned to work for their preferred candidate have a 27% increase in productivity but workers assigned to work for the other candidate work 43% less. The study also shows, however, that workers who were assigned to work for their opposition could be “bought”: performance-based monetary incentives for these workers greatly mitigate the productivity gap. The results have implications for how organizations define their mission, screen workers, and provide compensation: They are good news for non-profit organizations on a shoestring budget since workers work hard given high levels of intrinsic motivation. At the same time, the responsiveness to monetary incentives may allow other, better-funded, organizations to take advantage of worker goodwill.