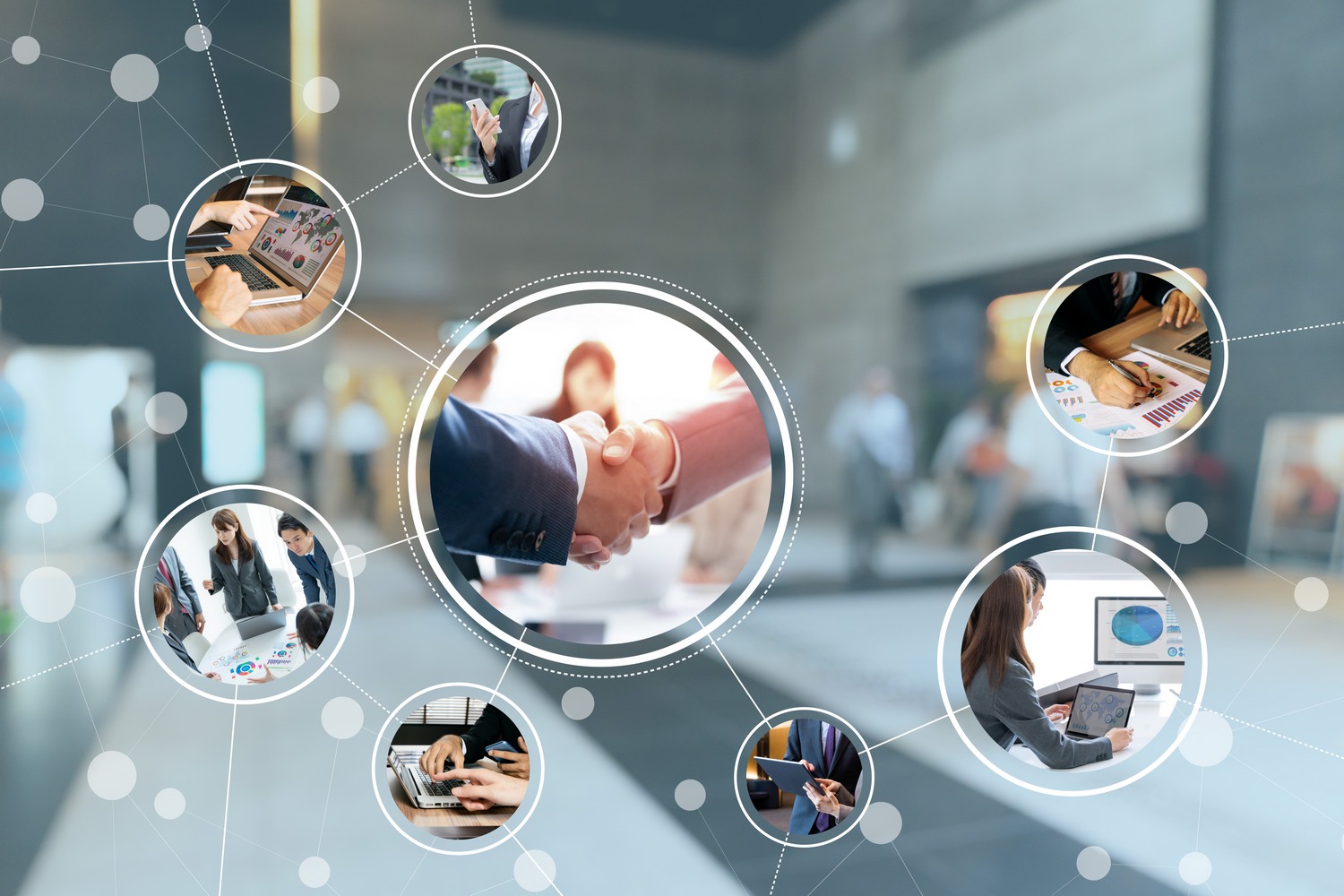 During February and March 2020, the COVID-19 pandemic spread rapidly across Europe and around the world. By 28 April 2020, more than three million people had been infected, and 213,000 people had died. Between 21 February (Italy) and 18 March (Latvia), all European countries recorded at least 100 cases of COVID-19.

Social contacts are a key transmission channel of infectious diseases spread by the respiratory or close-contact route, such as COVID-19. It is important to recognize that workplace interactions constitute the majority of social contacts among people of working ages. The patterns of social contacts at work may be particularly relevant for the spread of COVID-19 because of its potential for asymptomatic and presymptomatic transmission, and because of the high basic reproduction number of SARS-CoV-2. There is no evidence, however, on the question of whether the nature and the organization of work affect the spread of COVID-19 in different countries.

The author uses two O*NET variables that measure levels of occupational (1) exposure to disease or infections and (2) physical proximity at work; and four EWCS variables that measure the incidence of (3) dealing with clients, pupils, or patients; (4) working in public spaces; (5) working at the clients’ premises; and (6) not being able to work from home. Importantly, the EWCS data allow to capture the cross-country differences, including within comparable occupations. 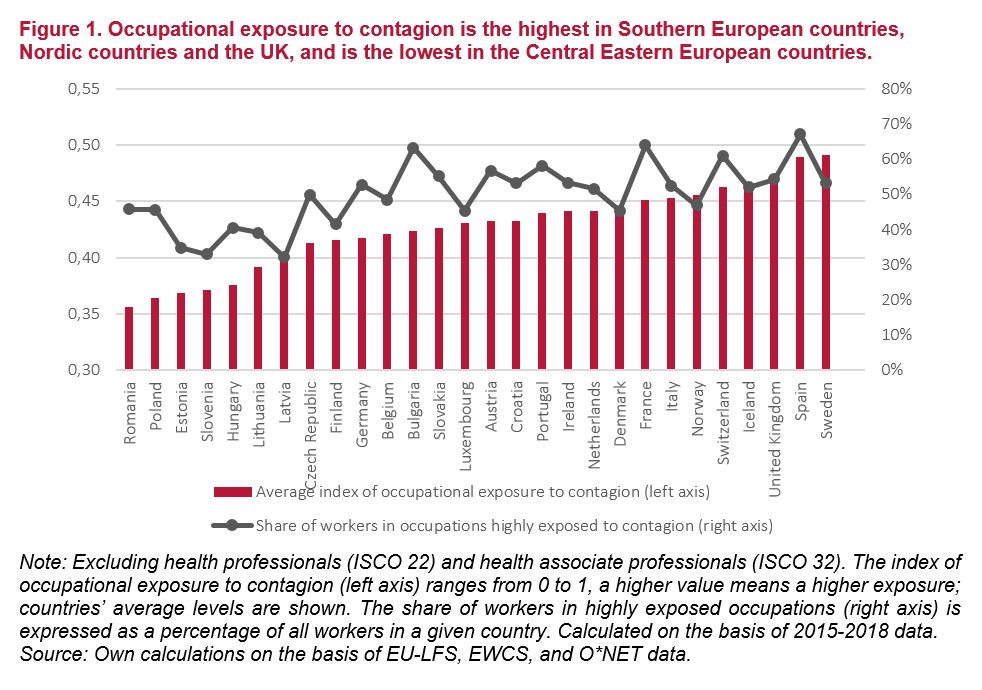 To quantify the role of occupational exposure to contagion in the spread of COVID-19 in Europe, Lewandowski estimates a range of cross-country regressions that relate the growth in COVID-19 cases and the number of deaths from COVID-19 to levels of occupational exposure to contagion, and to the share of highly exposed workers in particular countries. Excluding health professions ensures that the indicators are plausibly exogenous to the spread of COVID-19, as well as to the containment policies introduced in various countries.

A key finding is that higher levels of occupational exposure to contagion were associated with faster growth in COVID-19 cases and larger numbers of deaths. The results are robust to controlling for the stringency of containment policies, such as lockdowns and school closures. The relationship between countries’ levels of occupational exposure to contagion and the growth in COVID-19 cases is shown to be particularly strong in the first two weeks after the 100th case in each country, and to wane over time. However, the relationship with the number of deaths is found to be the strongest in the third and fourth weeks after the 100th case.

The results are consistent with the clinical and epidemiological evidence on COVID-19. As the median incubation period of SARS-CoV-2 is about five days, and the median time delay from the onset of the illness to death is about 13-17 days, the growth in cases and in the number of deaths in the early stage of the epidemic are likely to be determined by infections that happened when the number of cases was still low and social distancing was not implemented.

IZA Discussion Paper No. 13227 Occupational Exposure to Contagion and the Spread of COVID-19 in Europe Piotr Lewandowski